"Waltz with my daughter for the opening of Le Bal was a privilege," wrote Sanjay Kapoor 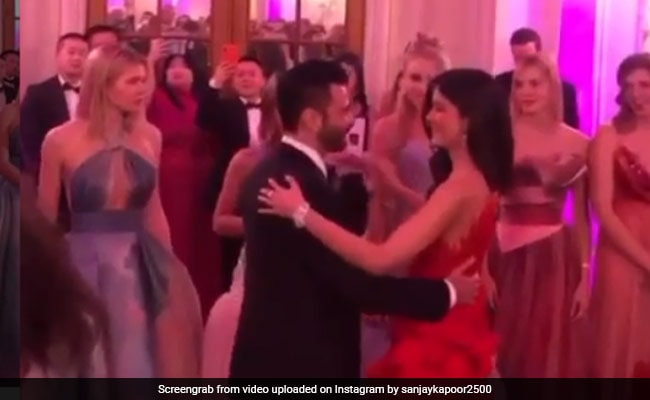 Sanjay Kapoor and Shanaya Kapoor in a still from the video. (Image courtesy: sanjaykapoor2500)

You have already seen the pictures from Shanaya Kapoor's grand debut at Le Bal, which was hosted at Paris' Shangri-La Hotel, but have you seen the video of Shanaya Kapoor's dance with her father Sanjay Kapoor from the big night? In case you haven't, we have a treat for you. On Tuesday, Sanjay Kapoor shared a video from his dance with Shanaya from the opening of Le Bal. In the video, the father-daughter duo can be seen dancing to Waltz music. Sanjay Kapoor wore a tuxedo, while Shanaya opted for a ruffled red gown for the evening. Sharing the video from Le Bal, Sanjay Kapoor wrote: "Waltz with my daughter for the opening of Le Bal was a privilege, still smiling."

Waltz with my daughter for the opening of le bal , a privilege , Still Smiling

Sanjay Kapoor shared a video of Shanaya along with her cavalier at Le Bal and he captioned the post: "So proud of you. #lebal #paris." ICYMI, check out the video here:

So Proud of you #lebal #paris

An excited Sanjay Kapoor had earlier talked about how excited he was for his dance with Shanaya at the event and told Times Of India: "I will be escorting her down the stairs, and her first dance will be with me. This is very special for her, and I am sure she will cherish the experience. The best part is that she will get a chance to interact with people from all over the world and get an insight into their cultures."

As of now, Shanaya Kapoor has not revealed her plans to join Bollywood as an actor yet, but she is all set to step into the Indian film industry as an assistant director. Her first project will be Gunjan Saxena: The Kargil Girl, which stars her cousin Janhvi Kapoor in the lead role.