The range of tweets during the session, veered from details about SRK's upcoming projects to the actor justifying his typos 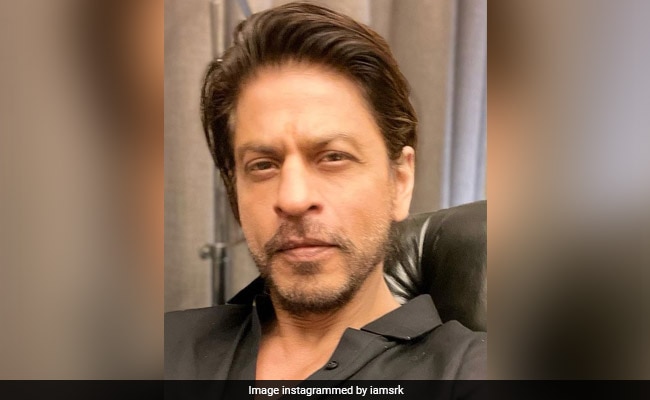 Shah Rukh Khan managed to scoop some time out of his busy schedule and interacted with his fans on social media (Twitter, to be precise). The actor did an #AskSRK Session, as a part of which he replied to questions from Twitter users. This, however, is the story of Shah Rukh Khan's epic replies to questions involving Bollywood actors Salman Khan and Aamir Khan. During the session, a Twitter user asked SRK to drop a few words for Salman Khan. "Kuch shabd for Salman Khan Bhai?...Recently you 2 shot together for a film," read the fan's tweet. SRK being his witty self, replied, "As always bhai toh bhai hi hai."

Wait, it gets better. Another fan of the actor asked Shah Rukh Khan to name his favourite movie featuring Aamir Khan. The My Name Is Khan star listed 5 movies, which included the 1989 revenge drama Raakh, the 1988 romantic drama Qayamat Se Qayamat Tak, biographical sports drama Dangal ( which released in 2015). The Academy Award-nominated Lagaan and the 2009 comedy-drama 3 Idiots were also on Shah Rukh Khan's list.

The range of tweets during the session, veered from details about SRK's upcoming projects to a dose of self-deprecating humour. "No my fingers are fat," is how SRK justified his typos in a tweet. Not to mention the recurring tweets about SRK's birthday greeting from Mannat. See some of the tweets here:

No my fingers are fat...and d is next to f on the qwerty keyboard. https://t.co/FX8Q6bf79H

Hope the virus is contained and we are all back to normalcy. I miss you all on my birthday https://t.co/hz3NhRTC8R

Arre so many films waiting to release in the cans....our turn will come after them don't worry! https://t.co/k8xDDYmgnL

The actor, who is busy with the shooting of his next project Pathan, signed off the #AskSRK session with these words: "Now I should go otherwise it will seem I am not interested in doing nothing. Thank you all for your time and patience and also don't get disappointed for no reply. It's a bit selfish on my part but I do this for me, and have to say I had loads of fun. Love you all and stay safe please."

Birthday Boy Varun Dhawan Is "The Shirtless Wonder Of Juhu," Writes Arjun Kapoor In His Greeting For The Actor