"Don't be surprised if you find SRK fighting on the top of the tower just like Tom Cruise, when you watch Pathan," said a source 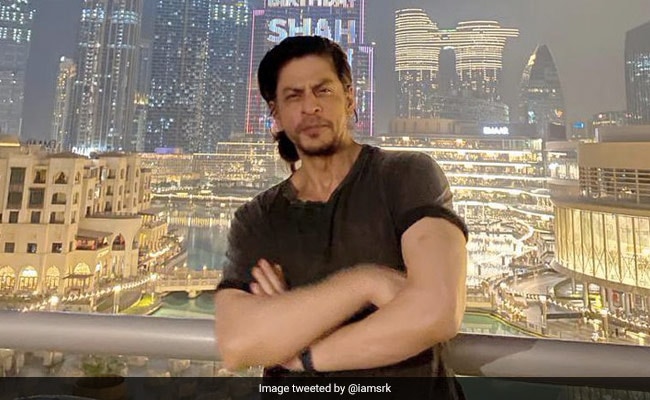 Looks like Shah Rukh Khan has big plans for the action sequences in his upcoming movie Pathan. Citing a source close to the film's production, Pinkvilla reported that director Siddharth Anand and Shah Rukh Khan have zeroed in on Dubai as the epicenter of major fight scenes in Pathan. The cherry on top will be major action moments inside Burj Khalifa, the tallest building in the world. Here's what the source told the publication: A big scale action sequence centred around Burj Khalifa is in the offing from the team of Pathan... It's a prolonged action sequence designed by an international stunt team, and one can expect spectacular visuals on the screen. It's a culmination of Siddharth Anand, Aditya Chopra and Shah Rukh Khan's vision, to shoot a massive action scene at Burj Khalifa."

Talking about how intense Pathan's action scenes are going to be, the source said: "It's cars, bikes, guns, blasts, hand to hand combats - get ready for action that's sleek and stylish at international repute in Pathan."

Directed by Siddharth Anand, Pathan will be produced by Aditya Chopra's Yash Raj Films. While Shah Rukh will play the titular role, actress Deepika Padukone and John Abraham have reportedly been roped in as his co-stars. Deepika Padukone debuted in Bollywood opposite Shah Rukh Khan in 2007 film Om Shanti Om and then they co-starred Happy New Year and Chennai Express - all three films were box office hits.

The shooting of Pathan began in November and is expected to hit screens sometime in 2021.