For those battling Monday blues, Ranveer Singh is with you guys 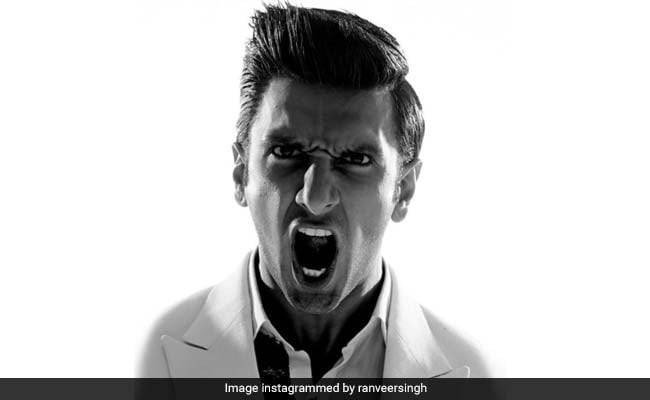 Ranveer Singh, hit by Monday blues, had to share his current mood on Instagram. The 35-year-old actor, known for his quirky Instagram posts, picked out a favourite black and white photo of himself - one that sums up his Monday mood perfectly - and shared it with his Instafam today morning. In the photo, which appears to be from a photoshoot, the Dil Dhadakne Do actor can be seen screaming and Ranveer described his expression best with this caption: "Monday got me like. #MondayMood." We can relate, Ranveer Singh and so could the actor's Instafam, who responded to Ranveer's photo with over 1,200 comments about how perfectly he summed up Monday blues.

For those battling Monday blues, Ranveer is with you guys:

Ahead of waking up to Monday blues, Ranveer had a rather musical weekend and posted about some of his go-to tracks from his favourite playlist, which includes songs from Freddie Mercury's Queen and Red Hot Chili Peppers.

I gotta take it on the other side 🎵 🎶 what's your favourite @chilipeppers track ? 🌶

I want to break free 🎵 🎶 @officialqueenmusic

Ranveer Singh recently released a new song titled Mehfil-E-HipHop by his music label IncInk, which launched rapper Abhay Prasad aka Devil The Rhymer. Ahead of the lockdown, Ranveer Singh had wrapped the shooting schedules of two of his upcoming movies - '83 and Jayeshbhai Jordaar.

Directed by Kabir Khan, '83 was scheduled to release in April but was postponed indefinitely as the coronavirus lockdown was imposed. Deepika also co-stars with Ranveer in the sports drama. Yash Raj Film's Jayeshbhai Jordaar is expected to hit screens on October 2. Ranveer will also feature in a cameo in Akshay Kumar's Sooryavanshi, which will release in cinemas. Ranveer's upcoming projects also include Karan Johar's period drama Takht.