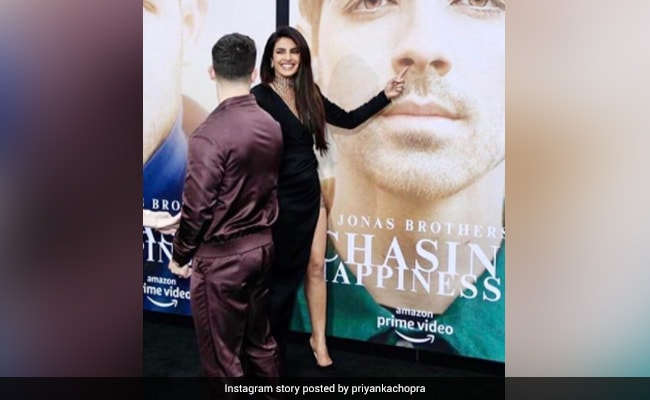 On brother-in-law Joe Jonas' 31st birthday, Priyanka Chopra shared one helluva greeting on her Instagram story. The actress shared an adorable picture and she accompanied it with a hilarious caption. In the picture, Priyanka can be seen posing next to a poster of the Jonas Brothers' star Joe. She captioned the picture: "Happy birthday, Joe. This photo has been hand picked by yours truly. Have an amazing day." In her Instagram story, the Fashion actress also wished her father-in-law Kevin Jonas and mother-in-law Denise Jonas on their wedding anniversary. She posted a picture with them and wrote: "Happy anniversary to these love birds." 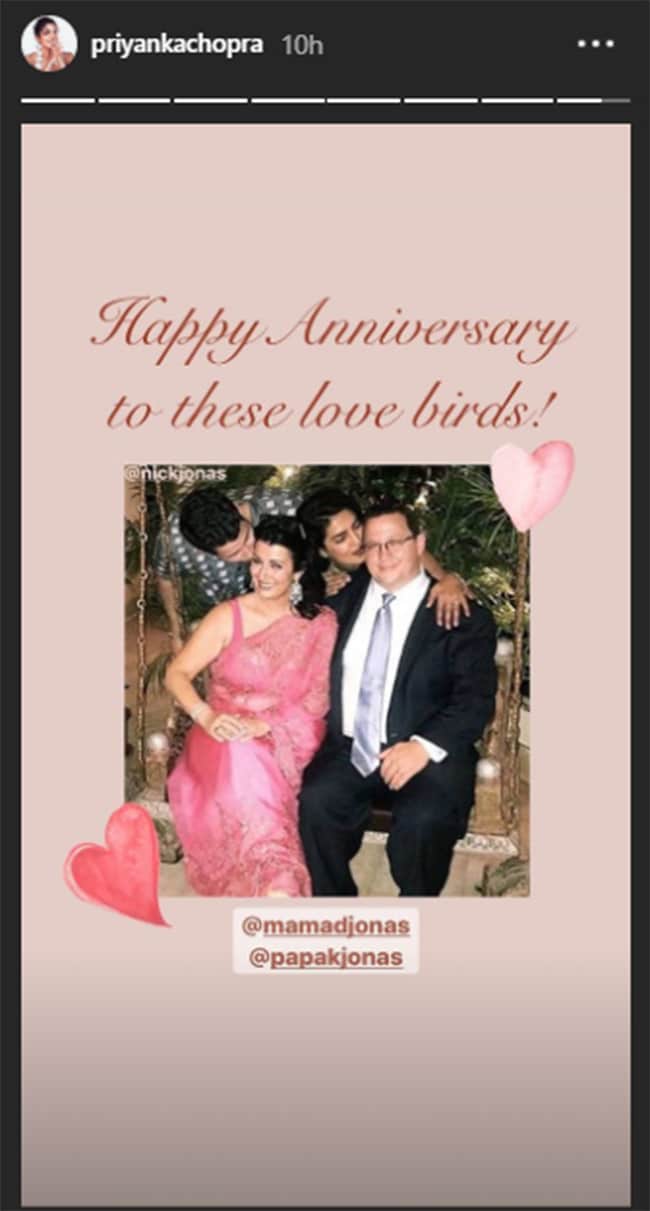 Nick and Joe Jonas along with brother Kevin, are a part of the famous musical band Jonas Brothers. The band became a household name after they made appearances on the Disney channel. Nick, Kevin and Joe started the band in the year 2005 and they featured in the Camp Rock films. They were also a part of the Disney series titled Jonas. The Jonas Brothers returned to the music scenario in March last year with their comeback single Sucker, which ruled all the music charts.

Priyanka Chopra married Nick Jonas in a Christian and a Hindu ceremony in Jodhpur's Umaid Bhawan Palace on December 1 and 2 in 2018. The couple later hosted receptions in Delhi and Mumbai.

Priyanka Chopra was last seen in The Sky Is Pink with Farhan Akhtar and Zaira Wasim. The actress has many projects scheduled, which include Netflix's adaptation of The White Tiger, co-starring Rajkummar Rao, We Can Be Heroes and a film with comedian Mindy Kaling. The actress also signed Amazon's Citadel and Sangeet Project.