Sophie Turner And Joe Jonas May Have Found Baby Name On Game Of Thrones. Twitter Is Thrilled

There's also an overall GoT vibe happening on social media, with a Baahubali twist added to memes. 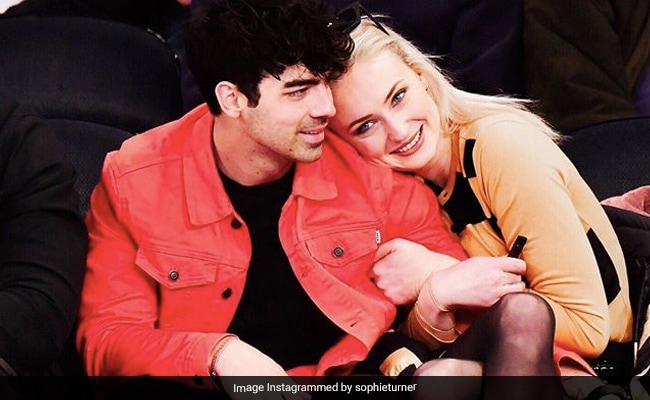 Sophie Turner and Joe Jonas have reportedly named their newborn daughter Willa - while there is no official confirmation of this, fans are thrilled by the Game Of Thrones connection, obscure though it is. A minor character who appears in the last season of the blockbuster show appears to have stuck with Sophie, who played Sansa Stark - Willa is the name of a serving girl in the Stark stronghold of Winterfell and briefly hooks up with Tormund Giantsbane in the episode titled "The Last Of The Starks." To be clear - there is no confirmation that this is really what Sophie and Joe have named their baby; TMZ reports that they picked Willa and that it means "protection" in Old German.

Twitter, however, has decided that Game Of Thrones is where Sophie Turner and Joe Jonas sourced the name, if it is indeed the name, from. There's also an overall GoT vibe happening on social media, with a Baahubali twist added to memes.

Prince of the NORTH #SophieTurner#GameofThronespic.twitter.com/fVXZUzFTuW

Sansa Stark
gave birth to her girl child,
first of her name,
warden of the north
"willa jones" pic.twitter.com/ffBmcAuSIp

Sophie Turner and Joe Jonas just became parents and apparently their daughter is named Willa. And thats a game of thrones name. And a Stark name. That's just so cool I can't. #gameofthrones#joejonas#sophieturnerpic.twitter.com/vHroW7K32E

Sansa now has an heir to the Winterfell throne #SophieTurner

For anyone in need of a refresher - the events of the final season of Game Of Thrones left Sansa as ruler of the North. Twitter remembers.

Sophie and Joe welcomed their daughter last week, per reports. An official statement on behalf of the new parents was made this week. "Sophie Turner and Joe Jonas are delighted to announce the birth of their baby," a rep for the couple told People and other international media.

Sophie Turner and Joe Jonas, who is part of the band Jonas Brothers, got engaged in October 2017. They married in a spur-of-the-moment Las Vegas chapel wedding in 2019 and then followed it with an official ceremony in France.

Apart from Game Of Thrones, Sophie Turner is also known for playing the young Jean Grey in the X-Men: Apocalypse and Dark Phoenix films. Joe Jonas' bandmates are his brother Kevin and Nick, who is married to Priyanka Chopra.