Game Of Thrones 8: Wait, What? Twitter In Shock (Spoiler Alert)

Game Of Thrones 8: The top trends on Twitter are #GOTFinale, Bran, Drogon, #JonSnow, Westeros and Starks 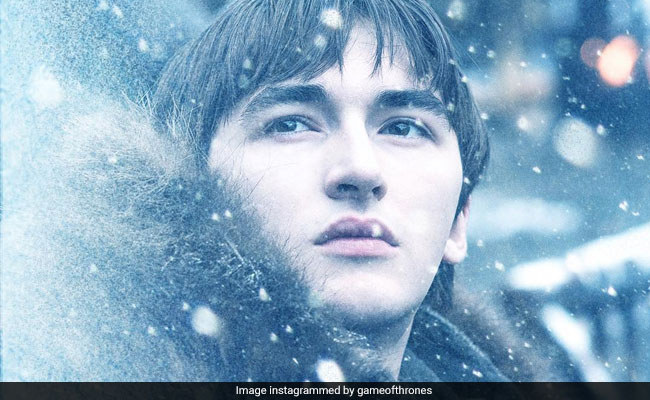 SPOILERS AHEAD. Seriously, stop reading if you haven't watched yet.

The Game Of Thrones has finally been won and let's just say that nobody's money was on the person who now rules Westeros (but will not sit on the Iron Throne because a dragon incinerated it, which is just as well). As of Season 8 finale episode, Bran Stark, the wheelchair-bound Three-Eyed Raven, will now preside over six kingdoms - the North will remain free with Sansa Stark as its liege - having been picked inexplicably for the top job over arguably more qualified candidates such as his sisters Sansa and Arya Stark and Jon Snow, an illegitimate Targaryen and the actual true king. Daenerys Targaryen, the mover and shaker of the last few episodes, is dead, having been stabbed by Jon in King's Landing for destroying everything and refusing to stop it even when asked nicely. So, King Bran. But are all hailing? Not Twitter, for one.

The top trends on Twitter are, naturally, all Game Of Thrones related - #GOTFinale, Bran, Drogon, #JonSnow, Westeros and Starks are all trending madly.

Many tweets are pointing out the obvious - why Bran over pretty much everyone else?

When you don't contribute to the group project and still get an A #GameOfThrones#GOT#GOTFinalepic.twitter.com/QpYK4IyesK

When two incredibly capable women get passed up for the job so it can go to a less qualified man #GOTFinalepic.twitter.com/5utpKbpmil

Sansa won the popular vote but Bran had the electoral college.

You deserved better boo. The one true king. #GOTFinalepic.twitter.com/fAi3DryM5H

So Jon sacrificed everything, he was the best man in the series, never did a bad thing, was the true heir all along, was a combination of House Targaryen and House Stark and yet he is sent to the Night's Watch? So disappointing and unfair. #GameOfThrones#JonSnowpic.twitter.com/JvHZRaFYBh

Also, given that Bran is the Three-Eyed Raven and knows everything (unlike Jon Snow who clearly still doesn't), the ravaging of King's Landing doesn't make him all that much better than Dany who did the actual incinerating.

Am I the only one who thinks Bran is a terrible person ?? He knew King's Landing was going to burn but he let it anyways in order to become king !! WHY IS NO ONE TALKING ABOUT IT #GameOfThronespic.twitter.com/uIXQ8RezVm

Drogon, at least, has taken care of one thing:

Drogon destroying the iron throne because he knows Bran The Broken has his own seat. #GameOfThronesFinalepic.twitter.com/dmmoQYrxbPpic.twitter.com/AZaDDBekk0

These tweets pretty much sums up fan feels:

Hodor we will forever be grateful to you #GoT#GOTFinalepic.twitter.com/jaFA7aJFbz

#GameofThrones
so we waited 2 years for

- the night king to be stabbed in his crop top and die easier than the mountain
- cersei to get trampled by bricks
- jon to stab daenerys only for BRAN to become king
- jon to go back to nights watch when there r no white walkers??

Meantime, this is what Brienne of Tarth probably wrote about Jaime Lannister in that book:

What Brienne really wrote about Jamie:

"This knight is the nastiest skank bitch I've ever met. Do not trust him. He is a fugly slut" pic.twitter.com/v8yDzFC3Hi

This is how it ends, from Arya going exploring to Jon being sent back to the Wall and beyond:

This was perhaps the only glimmer of a silver lining - Jon's reunion with his direwolf Ghost:

And #Jonsnow gave him what he deserved, finally. A really good boi.#GameOfThronespic.twitter.com/lb6cYEhP0Y

As the thankfully deceased Ramsay Bolton said so memorably, "If you think this has a happy ending, you haven't been paying attention." But was it too much to expect a satisfactory ending?

What did you think of the way Game Of Thrones ended? Tell us in the comments.