A 'Crazy' Month Into 2020, Priyanka Chopra Posts A Reminder: 'Be Kind'

"Be kind to the ones around you. It matters. Life is a gift," wrote Priyanka Chopra 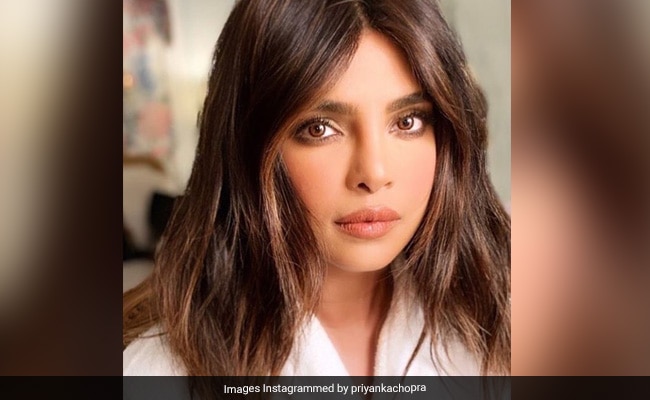 Priyanka Chopra, in her latest post on Instagram, has asked her fans to "be kind" because "life is beautiful." The 37-year-old actress shared a photo of herself on Wednesday and accompanied it with a long note, which she began like this: "I seem to be thinking what a crazy beginning of the year it's been, and we are only in January." We understand, Priyanka Chopra. The actress welcomed the new year with a beach vacation with her singer husband Nick Jonas. Soon after that, she was spotted in Los Angeles, California walking the red carpet for Golden Globes 2020. While we were still recuperating from her stunning Golden Globe red carpet appearance, Priyanka dropped the big news that she will co-star with Richard Madden in Citadel.

The next day, Priyanka got her fans excited by sharing the first glimpse of her look in Jonas Brothers' single What A Man Gotta Do, the video of which released a couple of days later. Next stop was Mumbai, where she attended the Umang Awards. Soon after, Priyanka flew off to Switzerland to attend the World Economic Forum in Davos. That's not it, on Priyanka's list was also the Pre-Grammys party and obviously, she went to the Grammys in a stunning Ralph and Russo outfit. Really crazy can be an understatement for Priyanka's January schedule.

The mention about Priyanka Chopra's Grammys dress reminds us of the second part of her, in which she wrote: "Be kind to yourself and everyone around you. I'm so grateful for the kindness I have received, and even when I have not...I somehow have. Be kind to the ones around you. It matters."

Priyanka Chopra's post comes days after she offended a section of fashion police, who criticized her Ralph and Russo outfit, which featured a plunging neck-line.

I seem to be thinking what a crazy beginning of the year it's been, and we are only in January. Love the ones you love. Live the life you want to live...with all the troubles in this world at the moment, be kind to yourself and everyone around you. I'm so grateful for the kindness I have received, and even when I have not...I some how have. Be kind to the ones around you. It matters. Life is a gift.

On the work front, Priyanka Chopra will reportedly join the cast of Matrix 4. Apart from the aforementioned movies, she has a couple of films in the pipeline, including Netflix's projects We Can Be Heroes, The White Tiger and a movie with comedian-actress Mindy Kaling.