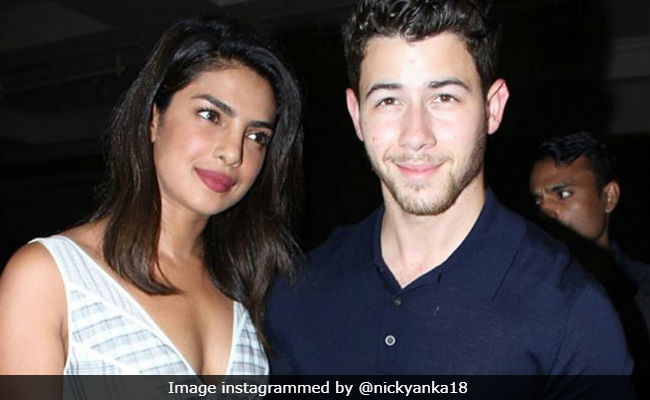 Nobody could have clicked a better picture of Nick Jonas than his actress fiancee Priyanka Chopra. Nick and Priyanka are vacationing in Mexico, from where Nick Jonas recently posted a photo, in which he gave the picture credit to Priyanka Chopra. The picture shared on Monday morning has over 8 lakh likes and several comments. The Internet also wants Nick Jonas to turn photographer for Priyanka. A comment on Nick Jonas' post read: "But where is Priyanka. We need you to take her pics and post them ASAP." Of course, there were compliments for Priyanka's skilled photography too. "The best photographer," wrote an Instagram user.

Meanwhile, a section of the Internet, unwilling to accept Priyanka and Nick's relationship, spewed hatred in the comments section. However, fans of the newly-engaged couple set the troll in right with positive comments such as: "Ignore the haters you both are the best couple love you."

A man and the mountains. @priyankachopra

Nick Jonas reportedly proposed to Priyanka Chopra in July on her birthday and the couple formally announced their relationship a month later after a roka ceremony as per Hindu tradition. They also hosted a post-engagement party in India for Priyanka's colleagues.

Nick Jonas returned to the Us after the roka ceremony while Priyanka stayed over to finish the first schedule of her upcoming film The Sky Is Pink. The Shonali Bose-directed film also stars Farhan Akhtar and Zaira Wasim and it will be Priyanka's first Bollywood film in two years.