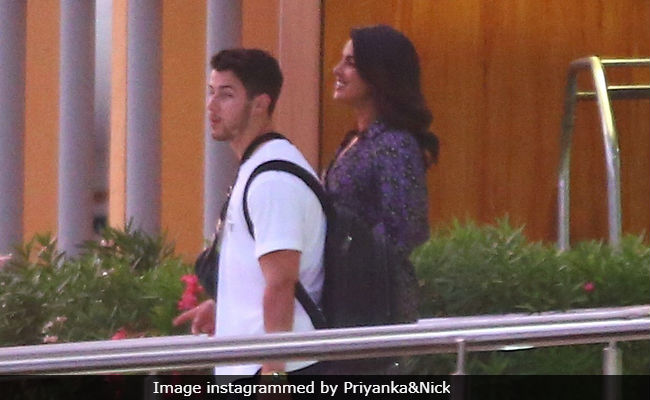 Newly-engaged Priyanka Chopra and Nick Jonas are on a holiday in Mexico. Pictures of the couple arriving in Cabo San Lucas (known for its pristine beaches) were circulated on the Internet by fan clubs, which in turn ensured that Priyanka and Nick entered the trends list on Friday. Priyanka Chopra, dressed in a floral-printed dress, looked super-thrilled in pictures. She beat the heat by sipping ice tea. A dress change later, Priyanka and Nick were spotted exiting their hotel apparently for a tour, pictures of which were posted by Priyanka Chopra on her Instagram stories. Priyanka shared scenes from their visit to an Agave field nearby however none of her posts featured herself of Nick Jonas.

Here are pictures of Priyanka Chopra and Nick Jonas in Cabo San Lucas: 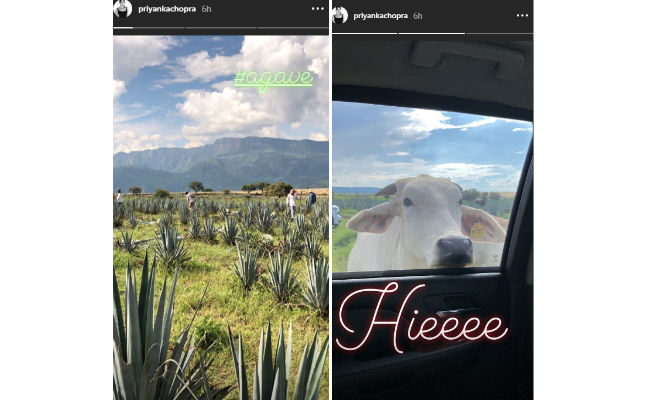 Priyanka and Nick's fans loved how the couple manages to take time out for each other despite their hectic schedules (more about that later). "Glad they get to spend so much quality time together despite their crazy schedules. #priorities #couplesgoals," wrote an Instagram user.

We are looking forward to some excellent pictures of Priyanka Chopra and Nick Jonas from their Mexican holiday.

Priyanka Chopra and Nick Jonas made their relationship official earlier this month with a roka ceremony held at Priyanka's Mumbai home. After the ceremony, which was conducted in the presence of family members only, the couple hosted an engagement party, in which Priyanka invited Alia Bhatt and the Ambanis.

After their roka, Nick Jonas returned to the US with his parents while Priyanka stayed back to shoot for Shonali Bose's The Sky Is Pink co-starring Farhan Akhtar and Zaira Wasim. As of now, Priyanka's only project is The Sky Is Pink, after she exited Ali Abbas Zafar's Bharat opposite Salman Khan. She had reportedly signed Cowboy Ninja Viking opposite Chris Pratt but the film has been postponed indefinitely.

After returning to the US, Nick Jonas released a new track, titled Right Now, in collaboration with German musician Robin Schulz.