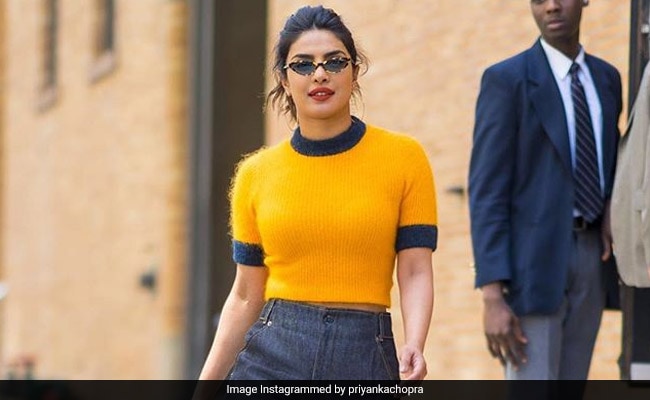 Indian actress Priyanka Chopra was shaking a leg to a Bollywood number along with a new dancing partner. Priyanka on Sunday uploaded a video of her dancing to the megastar Amitabh Bachchan song Sona Sona from the film Major Saab along with a little girl named Ava Drew, who is reportedly the daughter of the manager of her husband and pop singer Nick Jonas.

On the work front, Priyanka has wrapped up shooting for filmmaker Shonali Bose's The Sky Is Pink. The film is based on the true life story of the young motivational speaker Aisha Chaudhary and her parents.

It also stars Farhan Akhtar and Zaira Wasim. The film's music is scored by ace music composer Pritam and the lyrics will be penned by the legendary Gulzar.