Prithviraj's wife Supriya dropped an adorable comment on his post: "Yay! So good to see this out finally!" 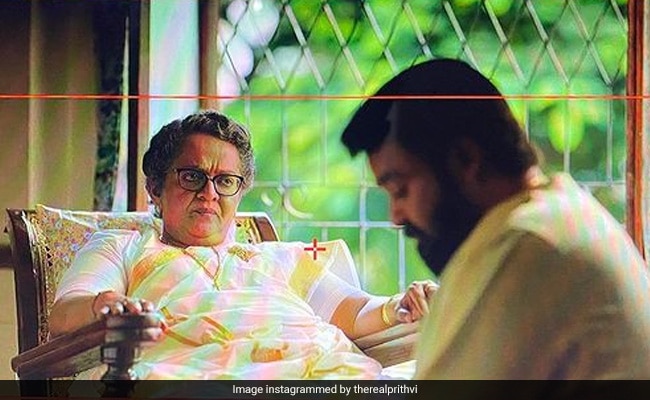 Malayalam actor-filmmaker Prithviraj Sukumaran is excited to direct his mom, actress Mallika Sukumaran, and superstar Mohanlal in his next film Bro Daddy. On Tuesday, Prithviraj posted a shot from Bro Daddy featuring Mohanlal and Mallika Sukumaran in the same frame and expressed his happiness in his caption. He wrote: "When you get to direct an all-time great actor and the greatest ever mom in the same frame!" and added red heart icons to the caption. In the frame, Mallika Sukumaran can be seen resting in a chair with Mohanlal sitting near her. Prithviraj's wife Supriya dropped this adorable comment on his post: "Yay! So good to see this out finally!"

The film has been written by Sreejith N and Bibin Maliekal and Deepak Dev is composing the music for it.

Apart from Bro Daddy, Mohanlal and Prithviraj have also collaborated for Barroz: Guardian of D'Gama's Treasure. It will mark Mohanlal's directorial debut and will star Prithviraj in the lead role.

Mohanlal, who has won five National Awards, is the star of films like Bharatham, Vanaprastham, Thanmathra, Paradesi and Drishyam. He was last seen in the Drishyam sequel. Mohanlal's upcoming projects are Marakkar: Arabikadalinte Simham, Aaraattu and Ram.