Pics Of Deepika Padukone With Rami Malek And Other Stars, All The Way From Spain 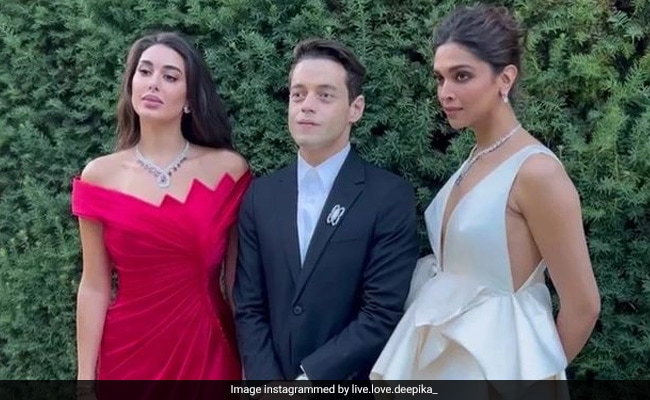 Deepika Padukone who was pictured at the Mumbai airport yesterday, flew to Spain, where she attended an event by the luxury jewelry brand Cartier. Deepika Padukone, one of the ambassadors for the brand, was pictured with the Academy Award winning actor Rami Malek and actress Yasmine Sabri. The actress looked every bit stunning in a white gown. Deepika Padukone has had a super busy work schedule. She was shooting for Project K in Hyderabad. Before that, the actress was busy with her jury duties at the Cannes Film Festival. The month before that, she was in Venice, where she attended a dinner hosted by French luxury brand Louis Vuitton at the Venice Biennale.

Yasmin Sabri too shared a video from the event on her Instagram profile, which has glimpses of Deepika Padukone as well.