Could Kareena Kapoor be more sassy? 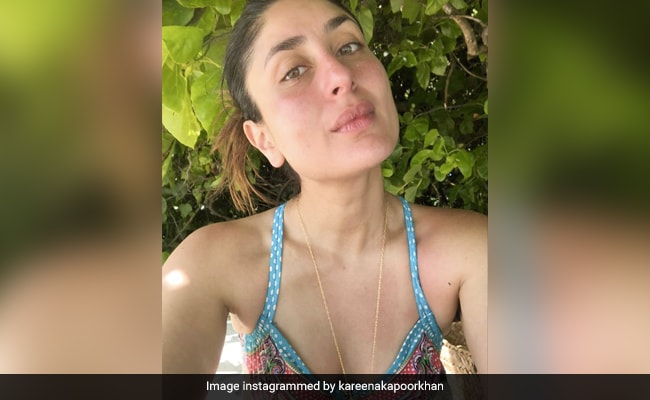 No one can beat Kareena Kapoor when it comes to wordplay and sass. The actress, who is expecting her second child with husband Saif Ali Khan, hilariously explained how she manages to look oh-so-glamorous with the "baby weight." Kareena's friend Freddy Birdy had a question to ask. "Why does all our chocolate-cheesecake, Belgian cookie-dough, five-layer-ice-cream sundae, truffle-parmesan chips, creme brule -custard-filled donuts and spaghetti carbonara weight never make us look one-fiftieth as glamorous as Kareena Kapoor's baby weight?" Kareena Kapoor's sassy reply had a Kabhi Khushi Kabhie Gham... reference. Let's just say that her reply was exactly what her character Poo from the film K3G would say. Kareena wrote: "Because I'm P.H.A.T ... don't you know?" For those who don't know, "P.H.A.T" stands for "pretty hot and tempting." 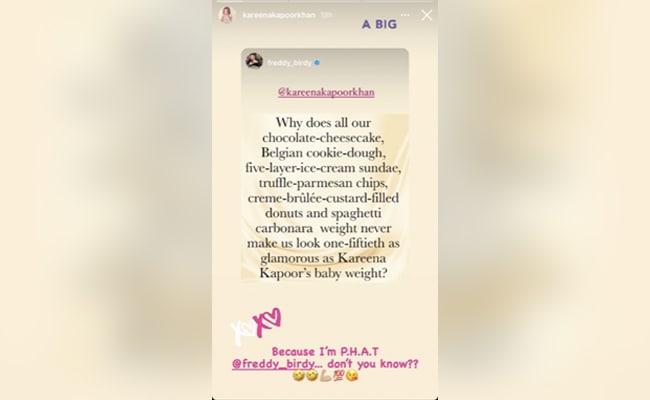 Kareena Kapoor, who is all set to welcome her second child, misses her pre-pregnancy body. She frequently writes that she misses wearing denims. In another post, she wrote: "Throwing it way back... Circa '07, Jaisalmer. Ooooooh that waistline... I'm talking about mine, not Saifu's. #TakeMeBack." Take a look at her post here:

KGF Actor Yash Is Vacationing With His Family In Maldives. Pics Here