"Ooooooh that waistline... I'm talking about mine, not Saifu's," wrote Kareena Kapoor 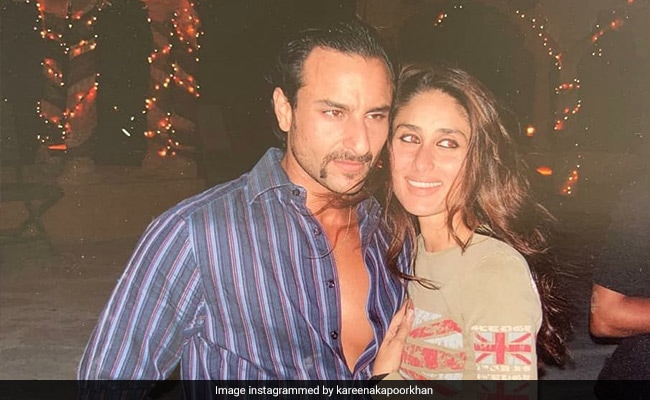 We think Kareena Kapoor is simply stunning, irrespective of any other factor. However, seems like the actress is missing her pre-pregnancy body (the size zero frame that she had for her film Tashan to be precise). Kareena, on Wednesday, shared a throwback picture of herself along with her husband and actor Saif Ali Khan. In her caption, she revealed that the picture happens to be from Jaisalmer (Rajasthan) and that it was clicked in 2007. She captioned the post: "Throwing it way back... Circa '07, Jaisalmer. Ooooooh that waistline... I'm talking about mine, not Saifu's." She added the hashtag #TakeMeBack to her post. The actress' post got a whole lot of love from her Instafam.

Kareena Kapoor has been frequently sharing posts from her maternity diaries. On her son Taimur's 4th birthday last year, she announced her pregnancy memoir titled 'Kareena Kapoor Khan's Pregnancy Bible.' It will be published by Juggernaut Books in 2021.

Here are some posts from Kareena Kapoor's pregnancy diaries: