Ranbir Kapoor flew in to New York to meet his parents Rishi and Neetu Kapoor. 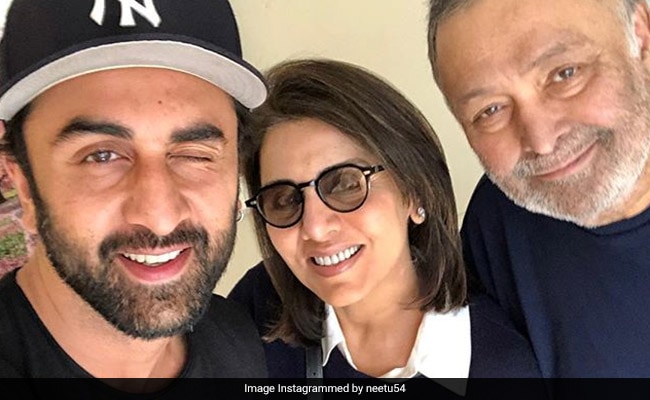 Ranbir Kapoor, busy filming Brahmastra, took a break from his work roster and flew in to New York to meet his parents Rishi and Neetu Kapoor. Rishi Kapoor, who is currently in New York for treatment, is often visited by his children Ranbir and Riddhima. Neetu Kapoor shared photos of the happy family reunion and her excitement clearly spilled over to her caption: "That amazing feeling in your lows when there is positivity, happiness, love and that wink!" Neetu Kapoor Instagrammed two selfies with Ranbir and Rishi Kapoor - the Kapoor scion can be seen winking in one of them while Rishi Kapoor sports a salt-and-pepper look.

Riddhima, who is clearly missing being part of the family reunion, was one of the first ones to post a comment. She sent lots of hearts from India. Meanwhile, Ranbir's girlfriend Alia Bhatt posted the heart emojis and so did her mother Soni Razdan. 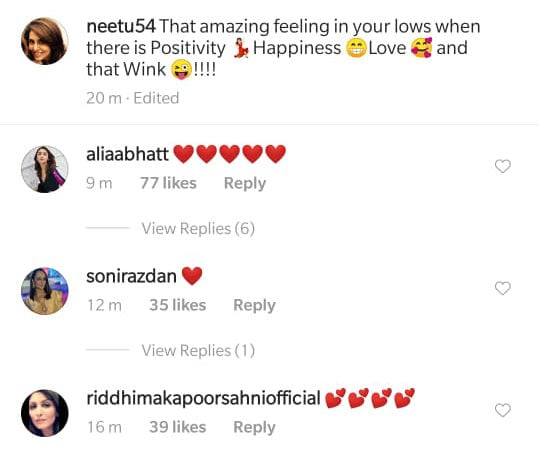 Take a look at the selfie full of happy faces!

Last month, Rishi Kapoor featured in another selfie from what appeared to be a hospital. That time, he was joined by brother Randhir Kapoor and his daughter Karisma. In the caption, Neetu Kapoor revealed what the Kapoor brothers' favourite topic of discussion is.

Speaking to news agency PTI at an award show recently, Ranbir said Rishi Kapoor is doing well and that he simply can't wait to be back on home soil: "He is doing very well. He will be back very soon. He is missing movies and working in films. I hope and with all your wishes and prayers that he comes back soon." Rishi Kapoor has been undergoing treatment in the US from September last year.