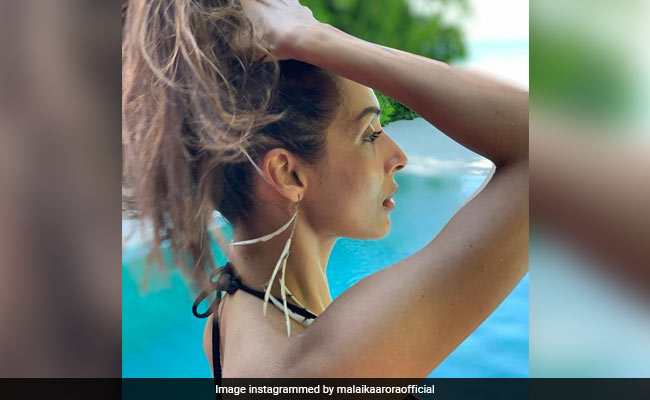 Arjun Kapoor is having a super active day on social media. This morning, we spotted a hilarious comment on Ranveer Singh's post from the India vs Pakistan World Cup match; now, we see he's taken rumoured girlfriend Malaika Arora to task for failing to actually tie her hair up in a tongue-in-cheek pictorial guide to nailing a ponytail - #tossandtie is the key, for those who need to know. In the comments thread of Malaika's beachy post is Arjun's zinger - "Still not tied after 5 pictures." Indeed, Malaika - whose going to take you seriously as a ponytail guru? Shortly before Malaika Arora posted her ponytail fail, Vicky Kaushal shared a brooding picture of himself captioned, "In the mood for..."

Hours earlier, Arjun was out-Baba-ing enthu cutlet Ranveer Singh whose World Cup fever seems dangerously high."Baba you were the best player off the pitch... what a playa!!! The fashion mafioso the cricket gangster the nuanced celebrator the power hitter!!! #subtltythynameranveersingh," Arjun commented on a video Ranveer posted. 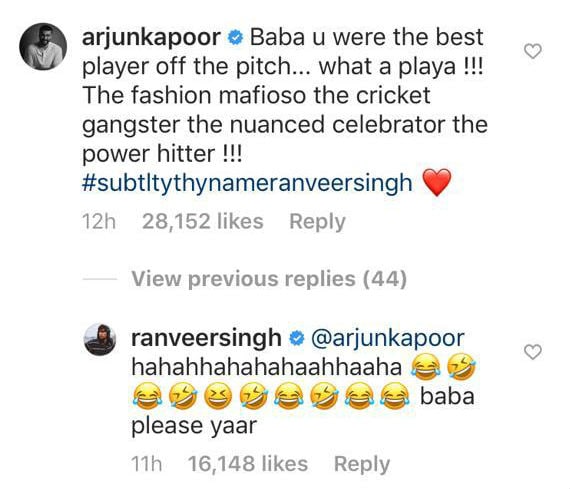 In between the comments were a series of tweets on Arjun's struggle with obesity and weight loss. "I vowed never to give up in the three years it took me to lose 50 kilos when I was 20-years-old and I sure as hell won't be giving up and letting go now... keeping the belief is key, you've got to keep at it and one day you will reap the benefits... we all have got to keep the faith and keep at it cause what we do today will echo in time and reflect within us eventually," wrote the actor, who has been getting in serious shape for his role in Panipat.

efforts will pay off eventually if not today then in a week month or even a year... I started training with @Shivohamshivfit this January and slow and steady we have managed to At least lay a foundation during our prep for Panipat.

we all gotta keep the faith and keep at it cause what we do today will echo in time and reflect within us eventually...