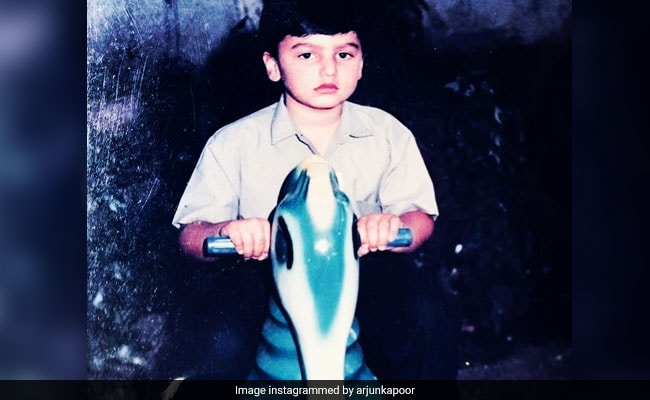 Arjun Kapoor made the best use of "throwback Thursday" as he posted an adorable childhood picture of himself on Instagram and guess who commented on his post? It was none other than his rumoured girlfriend Malaika Arora. The actress cheekily asked him, "Why so grumpy?" As of now, Arjun Kapoor hasn't reacted to Malaika's comment on his post but we would love to see the actor's reaction. It is not the first time that the actress has dropped in a comment on Arjun Kapoor's post (but more on that later). In the picture, Arjun can be seen sitting on a toy horse. Dressed in a light coloured shirt and black pants, Arjun looks simply adorable.

The Gunday actor not only shared a throwback picture but he also cryptically hinted at his upcoming film Panipat. In his post, Arjun Kapoor wrote: "Began my horse riding prep way early in life. Always knew I was going to be doing Panipat #panipatprep #horsingaround #grumps4life #throwbackthursday."

Malaika and Arjun frequently feature in headlines for their rumored relationship. The actors sort of made their relationship official after they attended several screenings of Arjun Kapoor's recently-released film India's Most Wanted together. Take a look at the picture here: 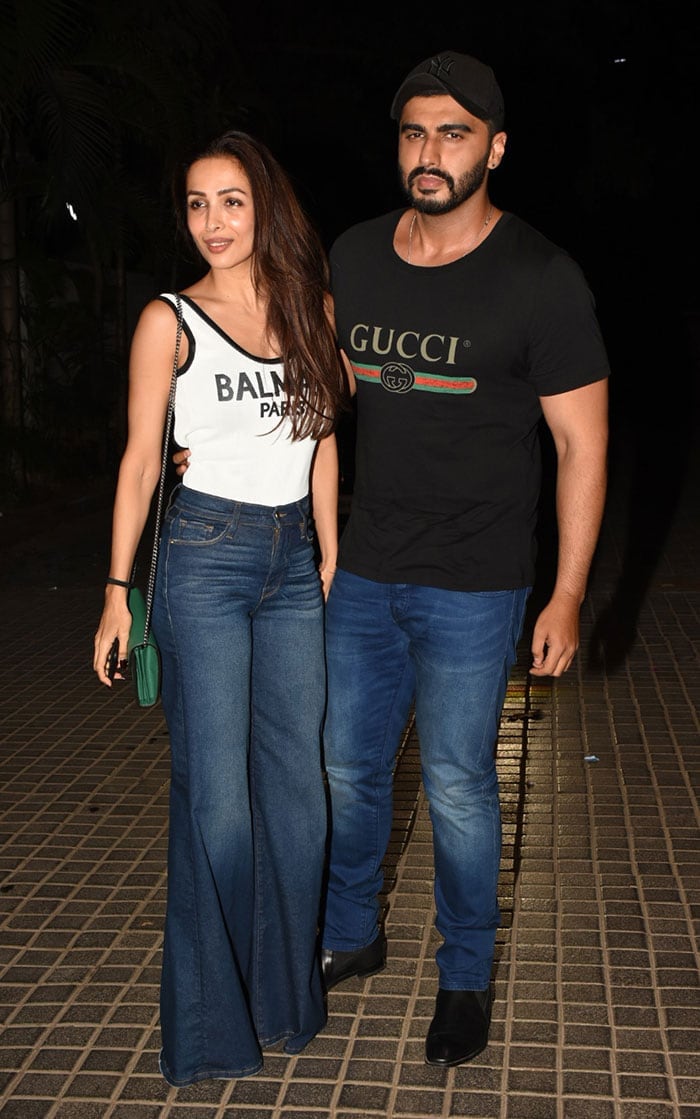 Rumours about Arjun and Malaika's relationship started doing the rounds last year, after they attended the Lakme Fashion Week together. Malaika was previously married to Arbaaz Khan.

Arjun Kapoor recently appeared in India's Most Wanted, which received mixed reviews from critics. On the work front, Arjun awaits the release of his film Sandeep Aur Pinky Faraar, co-starring Parineeti Chopra which is directed by Dibakar Banerjee.