Koffee With Karan 7: What Vicky Kaushal Told The Pandit At His Wedding To Katrina Kaif 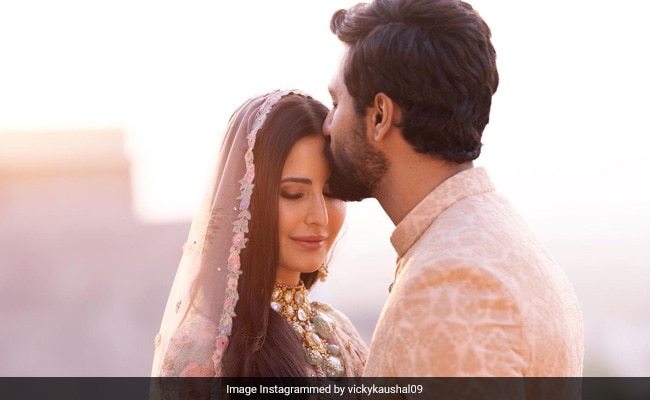 Vicky Kaushal, who got married to Katrina Kaif last year in December, has revealed some insights into his wedding on the upcoming episode of Karan Johar's chat show Koffee With Karan 7. Well, we all know that the KWK couch has the power to make manifestations come true, and Vicky and Katrina stand as proof. During the episode, Vicky recalled that although he was busy preparing for his wedding, the funny memes did not escape his attention. He revealed that his friends used to read them out to have a good laugh. He added, "While all these random news were making the rounds, I was just there with the pandit ji saying, jaldi nipta dena please. Ek ghante se jyada nahi (Please complete the ceremony soon, not more than an hour)."

Well, this conversation started when KJo said, "Maine aap ki prem kahani ke liye pura credit le liya (I took full credit for your love story)". To this, he said, "My moment on this couch last season was my way of knowing that she (Katrina Kaif) even knew I existed."

During the episode, he also answered the million-dollar question - How did Vicky Kaushal and Katrina Kaif meet? He revealed that after manifesting on the Koffee couch, they met at filmmaker Zoya Akhtar's house for the first time.

For those who don't know, last season when KJo asked Katrina Kaif, with which actor she would like to work, the actress named Vicky and the reason: "she might look good together with him on screen". Soon after, the duo started dating and got married in December 2021.

Vicky Kaushal and Sidharth Malhotra will feature in the upcoming episode of Koffee With Karan. The episode will stream on Disney+Hotstar on Thursday (August 18).