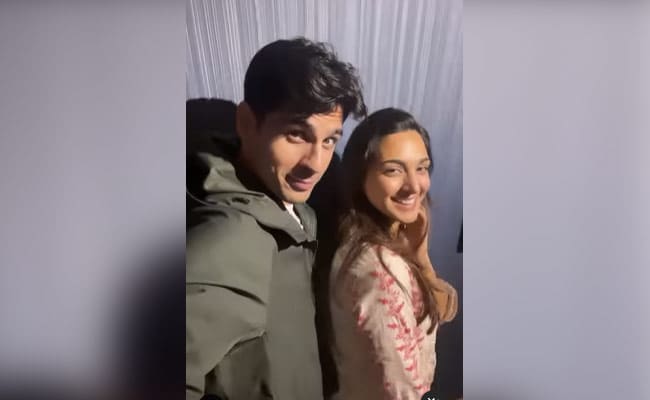 Did Karan Johar just confirm Sidharth Malhotra and Kiara Advani are dating? KJo recently dropped a teaser of the upcoming episode of Koffee With Karan, featuring Sidharth and Vicky Kaushal as new guests. Seeing the promo, the episode seems to be fun as Sidharth will be spilling some beans on his rumoured relationship (actually, Karan will make him reveal some juicy details). In the clip, KJo says, "So now you are seeing Kiara Advani, any future plans?" Without confirming, the actor replies, "I am manifesting it today..." However, Karan Johar intervenes and says, "that you are marring Kiara Advani?" On hearing this, Sidharth is taken aback and says, "Sorry," leaving everyone in splits. Later, Karan adds, "Yeh bada biba munda (innocent boy)."

Here have a look at the promo:

Sidharth Malhotra and Kiara Advani worked together in the movie Shershaah and ever since then, they have been rumoured to be dating. Often, they are spotted attending parties together. Lately, Sidharth attended the screening of Kiara's Bhool Bhuliayaa 2, co-starring Kartik Aaryan. Also, they jetted off to Dubai to celebrate Kiara's 30th birthday.

Recently, Sidharth Malhotra and Kiara Advani engaged in fun banter after the actress dropped a post on her Instagram handle. On the occasion of 75th Independence Day, Kiara shared a video of herself with a flag. However, soon after she dropped the post, her Shershaah co-star commented, "Thanks for cutting me out," to this, Kiara replied, "Your hand is still there."

On the work front, Sidharth Malhotra has several films in his kitty - Mission Majnu, Thank God and Yodha. On the other hand, Kiara Advani has Govinda Naam Mera and RC15.

Coming back to Koffee With Karan 7, the upcoming episode featuring Vicky Kaushal and Sidharth Malhotra will air on Thursday (August 18).