Amitabh Bachchan kick started the game with Himanshu, who hails from Uttar Pradesh 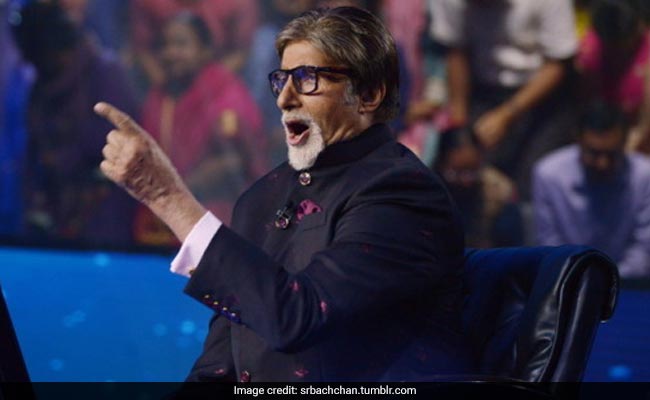 Tuesday's episode of Kaun Banega Crorepati 11 started with host Amitabh Bachchan pulling 19-year-old Himanshu's leg by asking about his girlfriend. A teenaged contestant from Uttar Pradesh, Himanshu is a trainee commercial pilot. In last episode, he answered 14 questions correctly and won Rs 50,00,000 on the show. Big B told Himanshu that he is amazed as well as pleased that he will start the show with a question for Rs 1 crore. Taking the game ahead, Amitabh Bachchan asked Himanshu the 15th question - Whose Persian translation of several Upanishads is known as the 'Sirr-e-Akbar'? , which left the young contestant quite confused. After Himanshu decided to quit the game, he was asked to select an answer and his choice left everyone on the show surprised. Himanshu selected the right answer but unfortunately, he took home prize money of Rs 50,00,000 only.

Big B asked the next Fastest Fingers First question and Krupa Mehul Desai from Unna, Gujarat won the round by answering it quickly. Before starting the game, Amitabh Bachchan introduced the show's expert Meghna Pant, who is an author and journalist. Ms Krupa played really well and won Rs 25,00,000 on the show.

Taking the game ahead, Amitabh Bachchan welcomed Rohit Kumar from Uttar Pradesh. Rohit will continue the game on Wednesday's episode.

Meanwhile, here are some of the questions from Tuesday's Kaun Banega Crorepati episode. Give it a try:

What is the surname of the brothers who play for Mumbai Indians?

Which of these brands' mascot is a caricature of a little girl?

At which temple in Gujarat is the three-day dance festival 'Uttaradh Mahotsav' celebrated?

Which of these athletes won their Olympic medal first?

According to the Valmiki's Ramayana, who was the wife of Vibhishana?

Which is the first man-made plastic?