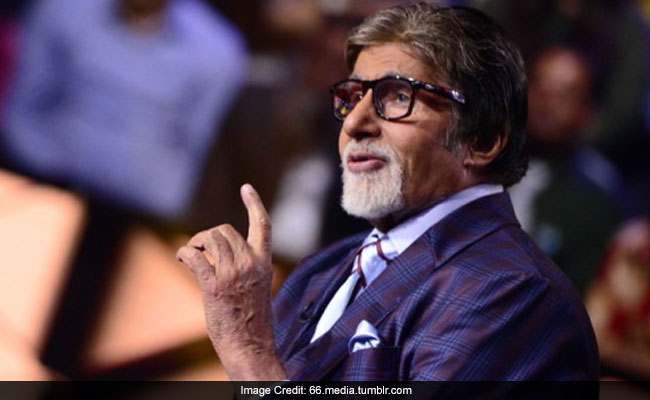 Amitabh Bachchan on the sets of KBC (Courtesy: srbachchan)

Trust Amitabh Bachchan to make Kaun Banega Crorepati 11 episodes as entertaining as ever. On Monday's episode, Big B welcomed a teenaged contestant from Uttar Pradesh, 19-year-old Himanshu, who is a trainee commercial pilot. Himanshu had to opt for a lifeline on the very first question but played on with a sense of calm and witfulness through the episode. Towards the end of the episode, Himanshu had almost all his lifelines exhausted but he correctly answered the Rs 50,00,000 question, prompting loud applause from the audience and Big B's signature reaction: "Well played!"

Just when Himanshu was about to move on to the ultimate Rs 1 crore question, the buzzer went off, drawing the episode to an end. Big B will continue playing with him on Tuesday's episode. This is the second time that a contestant has reached the Rs 1 crore question on this season of Kaun Banega Crorepati. Now, the wait is to see if Himanshu scores the big prize!

Here are some of the questions from Monday's episode of Kaun Banega Crorepati 11:

Which of these two states border the city of Delhi?

In which eye condition is a person able to see objects clearly at a distance but unable to see them at close quarters?

The birthplace of which Sikh Guru is commemorated as Takht Sri Patna Sahib?

Six Machine: I Don't Like Cricket... I Love It... is the autobiography of which cricketer known for his explosive batting?

Which of these Union Cabinet ministers have not served as chief minister of any state?

In 2019, which telescope captured the first Black Hole image?

Meanwhile, Amitabh Bachchan had plenty of fun with Himanshu on the show, as he teased him about his girlfriend and then was surprised to learn that despite being a trainee pilot, the contestant is afraid of height. Suggesting that the contestant should warn his passengers on flight, Big B added: "Landing ke samaye toh aapko neeche dekhna hai. Runway pe utarna hai, khet me nahin."