"I really hope we get to dance a duet together one day," wrote Katrina Kaif 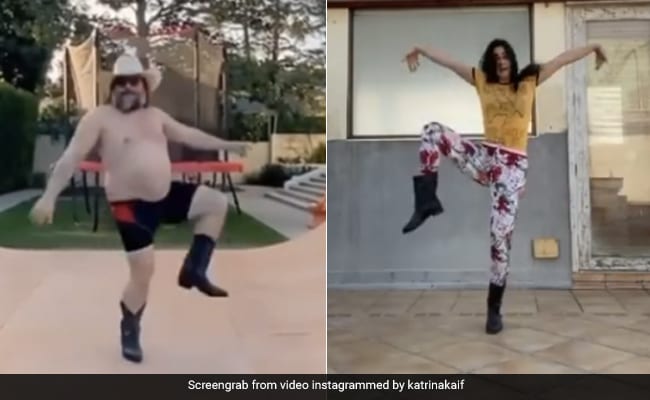 Our Sunday evening just got better courtesy Katrina Kaif and actor-comedian Jack Black. How, you ask? Well, the actress shared a video of herself juxtaposed with the Gulliver's Travels actor's rendition of 'Stay At Home' dance routine. It would be fair to say that the actress did a pretty good job at acing the dance steps. Also, Katrina Kaif's caption on the post read, "On one fine sunny day - this seemed like a good idea. Jack Black, I really hope we get to dance a duet together one day." The actress' Instafam loved her post and the chain of heart emojis in the comments section of her post proves that.

A quick glance at Katrina Kaif's  Instagram profile showcases her love for dancing. The actress who doesn't need an occasion to dance, often shares fun-filled videos on her profile. Check out some of the posts here:

Katrina Kaif was last seen in Ali Abbas Zafar's 2019 film Bharat, co-starring Salman Khan and Disha Patani. She will next be seen in Rohit Shetty's high-action cop drama Sooryavanshi, alongside Akshay Kumar. The film was earlier slated to release in March 2020. Its release date then got shifted to Diwali last year. The film will hit the screens this year. However, the film's revised release date has not been announced as of now.