"You guys have done more shooting then me today," Katrina Kaif wrote in the comments section 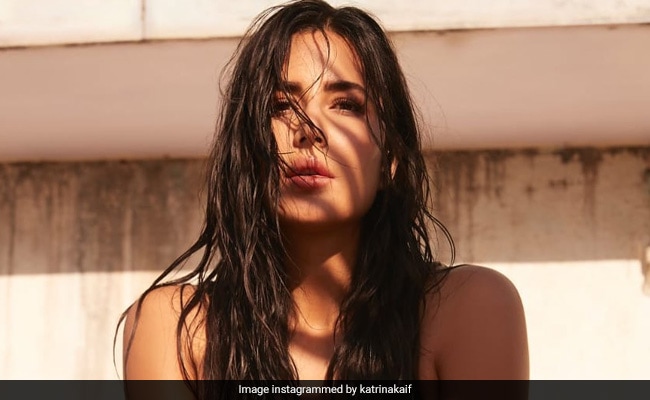 Raise your hand if you think Siddhant Chaturvedi and Ishaan Khatter make a deadly trio. Now, add Katrina Kaif to the mix. Siddhant, Ishaan and Katrina are currently in Udaipur for the shooting schedule of their new movie Phone Bhoot, and indeed are having a whole lot of fun not only on sets but also on Instagram. Siddhant recently shared an ROFL video from Udaipur, in which he and Ishaan can be seen working-out with a stretch strap. In his caption, Siddhant invited Katrina to start join the work-out session and wrote: "Come work-out with the boys." In the comments section, Katrina wrote: "You guys have done more shooting then me today."

"This is creative genius," Katrina summed up Ishaan and Siddhant's video, which will make you cry with laughter too. It is set to James Brown's Unchained and Rimjhim Gire Sawan. Well, who would have thought?

Here's how Siddhant and Ishaan literally roped in each other for a work-out session. Take a look at Katrina's comments too.

Given Katrina's reputation as a fitness enthusiast, we guess she would have taken over as Siddhant and Ishaan's instructor like she did for Alia Bhatt once.

Phone Bhoot was announced in July last year with this tiny detail and nothing else: "Your one stop shop for all bhoot related problems, Phone Bhoot ringing in cinemas in 2021." The film is being directed by Gurmmeet Singh and will be produced by Farhan Akhtar and Ritesh Sidhwani's Excel Entertainment. Ishaan Khatter, Katrina Kaif and Siddhant Chaturvedi play the roles of desi ghostbusters in the horror-comedy, which is expected to release sometime this year.