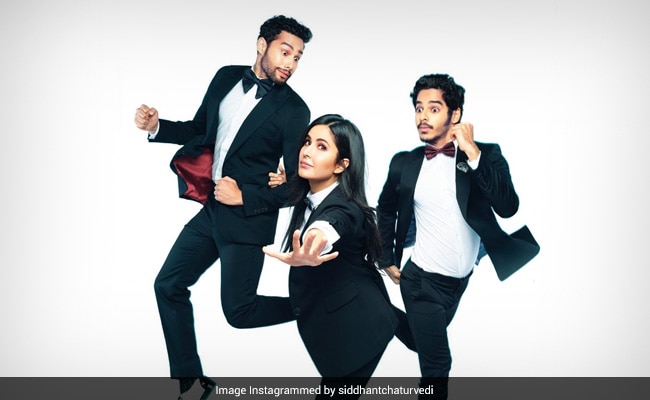 Searching for "one stop shop for all bhoot related problems"? Don't worry, Katrina Kaif, Siddhant Chaturvedi and Ishaan Khatter are there for you to solve your problems. In case you are wondering what we are talking about, here's the big news. Katrina, Ishaan and Siddhant have teamed up for a horror-comedy titled Phone Bhoot that will be directed by Gurmmeet Singh and produced by Farhan Akhtar and Ritesh Sidhwani under their banner Excel Entertainment. Sharing the first poster of their upcoming film, which will release in 2021, Katrina Kaif wrote: "The one stop shop for all bhoot related problems, Phone Bhoot ringing in cinemas in 2021." Ishaan Khatter, in his announcement post, hilariously revealed that the shoot for the poster was done in March before the nation-wide lockdown was imposed due to the coronavirus.

The one stop shop for all bhoot related problems , #PhoneBhoot ringing in cinemas in 2021