Katrina Kaif On Her Rapport With Ranbir Kapoor, Alia Bhatt And Deepika Padukone: 'No Point Holding A Grudge'

Katrina Kaif and Ranbir Kapoor are exes and so are Ranbir and Deepika. He is currently dating Alia Bhatt 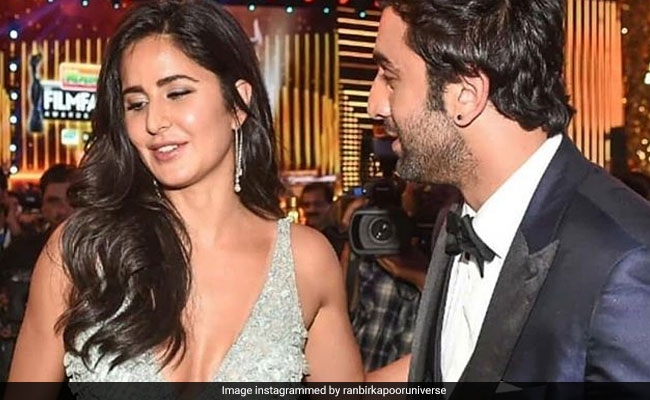 Katrina and Ranbir at the Filmfare Awards (courtesy ranbirkapooruniverse)

Katrina Kaif recently opened up about her secret of maintaining a cordial rapport particularly with some of her colleagues in an interview with DNA. When asked about catching up with Ranbir Kapoor, Alia Bhatt and Deepika Padukone at social events and award ceremonies, the Bharat actress, without hinting at anyone particular, told DNA: "I do go through my own share of pain and angst. But I see no point in holding a grudge. Whoever it is, I don't see the point of holding on to anything unpleasant from the past. I would rather let bygones be bygones." Katrina Kaif and Ranbir Kapoor reportedly began dating sometime during the shoot of their first film Ajab Prem Ki Ghazab Kahani (2009).

Before dating Katrina, Ranbir was in a relationship with Deepika Padukone for years and then broke up in 2007. At that time, gossip quarters often report Katrina as the reason for Ranbir's split with his Yeh Jawaani Hai Deewani co-star. Ranbir Kapoor is currently dating Alia Bhatt.

Pictures and videos of Katrina Kaif and Ranbir Kapoor greeting each other with a hug at the Filmfare Awards this year went crazy viral. Ranbir was seated in the front row with girlfriend Alia Bhatt along with Ranveer Singh and Deepika Padukone.

Katrina and Alia are great buddies actually - they go the same gym and have a lot of fun working out together. Meanwhile, Deepika and Alia opened Karan Johar's Koffee With Karan together this year.

On the work front, Katrina Kaif will next be seen in Bharat, in which she returns to the big screen with Salman Khan. Bharat is all set to hit screens on Eid on June 5.