Karisma And Kareena Kapoor Are "Shooting Something Exciting." Excited Much? 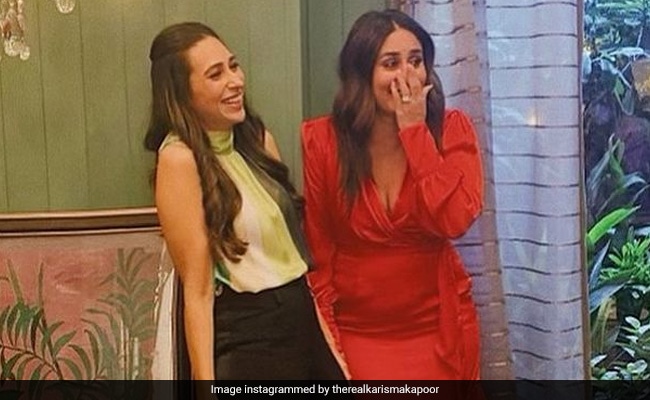 Actress Kareena Kapoor is back at work for a new project and her partner in crime is none other than her sister, actress Karisma Kapoor. The celebrity sisters have collaborated with filmmaker Punit Malhotra for an upcoming project. How we know this? Courtesy, Karisma Kapoor's latest Instagram post. The actress just shared a picture featuring herself and Kareena Kapoor. The picture looks like it's from a shooting set. While Kareena Kapoor looks as gorgeous as ever in a red dress, Karisma can be seen dressed in black culottes and a lime green top. The picture captures a candid moment of the sisters laughing.

Sharing the picture on Instagram, Karisma expressed her excitement to be "shooting" with Kareena. "Always special shooting with bebo," she wrote. Karisma also updated her fans and shared that the sisters are working on "something exciting." Karisma wrote: "Something exciting coming soon," Karisma wrote in the caption.

The post prompted a barrage of comments from the fans of the actresses. Among others, Punit Malhotra commented on the post and wrote: "Finally got to work with you maam. And loved the graph."

Kareena Kapoor also shared a picture on her Intagram story. The picture features her with Karisma and Punit Malhotra. Without revealing much, she just wrote:" Sir you're the best." 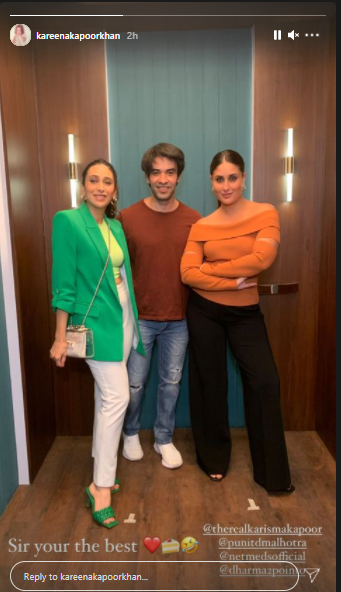 This isn't the first collaboration of Kareena and Karisma Kapoor. They often work together for several projects like ad campaigns.

Pooja Hegde, Who Had Covid This Year, Gets Her First Vaccine Shot