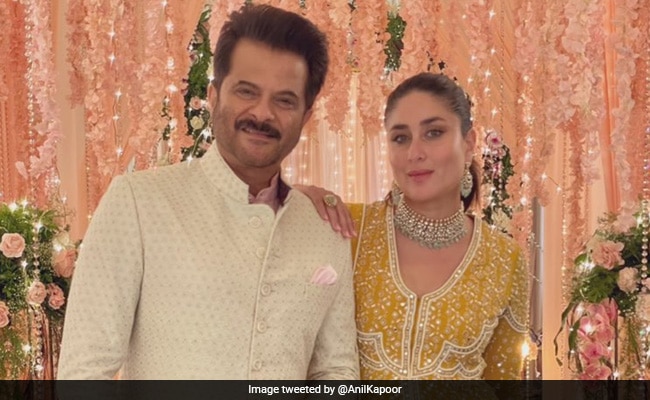 There is no denying that Kareena Kapoor and Anil Kapoor are "OGs for life." Wondering what are we talking about? On Wednesday, the duo, who are distant relatives, posted a photo of themselves from their recent ad shoot and proved that they are "always photograph ready." Anil Kapoor's late father and producer Surinder Kapoor was the cousin of Prithviraj Kapoor, Kareena's great-grandfather. In the picture, Kareena Kapoor looks stunning as usual in a mustard traditional outfit while Anil Kapoor can be seen wearing a cream sherwani. Sharing the photo on her Instagram story, Kareena Kapoor wrote: "The OGs." Anil reshared her story on his Instagram profile and captioned it: "Couldn't agree more! OGs for life!"

The actor shared the photo on Twitter also and wrote: "Always photograph ready!" 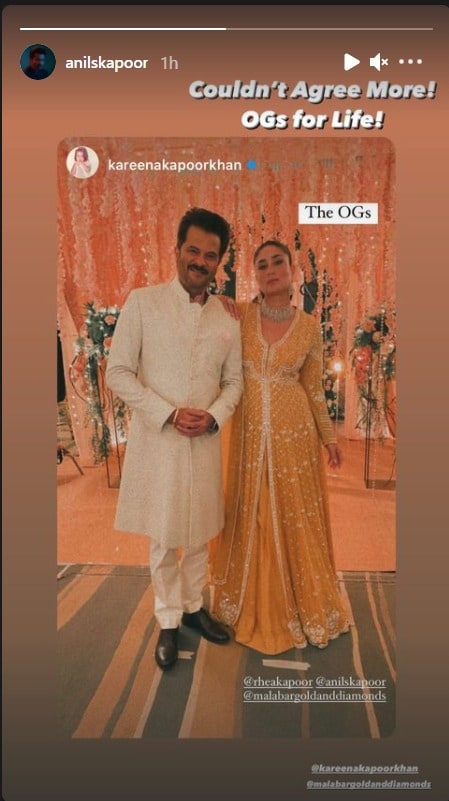 Anil Kapoor and Kareena Kapoor have worked together in a couple of films like Bewafaa (2005), Tashan (2008), and Bombay Talkies. Anil Kapoor's daughter Sonam Kapoor co-starred with Kareena in the 2018 comedy-drama Veere Di Wedding. Kareena and Anil Kapoor will share screen space in Karan Johar's Takht.

In terms of work, Kareena Kapoor was last seen in Angrezi Medium, which starred late actor Irrfan Khan in the lead role. Her upcoming projects are Laal Singh Chaddha, a remake of Hollywood classic Forrest Gump, and Takht. Laal Singh Chaddha is slated to release on Christmas this year.