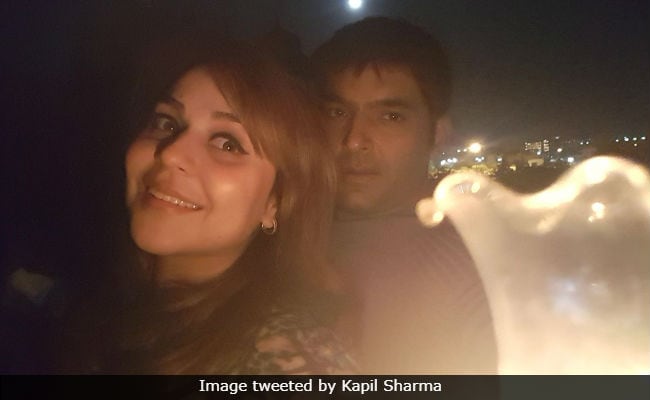 Kapil Sharma and his girlfriend Ginni Chatrath are all set to get married on December 12 this year, the actor comedian told news agency IANS on Monday. Last year, Kapil introduced Ginni as his girlfriend on social media. The couple will get married in Jalandhar (Ginni's hometown) and they'll host a grand reception in Mumbai on December 14. Kapil Sharma told IANS that though he wanted the wedding to be low-key, Ginni's family want a grand celebration. "We wanted to keep it low key. But Ginni is the only daughter in her family. Her folks wanted the wedding to be on a lavish scale. And I completely understand their sentiments. My mother also wants the wedding to be lavish," Kapil Shrama said.

"During the time when my brother married, I had not started earning well. We just went as a small baraat (wedding procession) and got bhabhi (sister-in-law) home. But by the time my sister got married, I had begun to earn well. So we had a fairly large wedding. It was lavish by our standards," he added.

Kapil Sharma also told IANS that he wanted to let his fans and media know that his wedding date has been set for a long time but he kept mum to promote Punjabi film Son Of Manjeet Singh - Kapil's first film as producer. "For the past few weeks, I've been promoting my Punjabi film. I didn't want to talk about the wedding during the promotions, although the media repeatedly kept asking," he said.

The stand-up comedian said that more than him, his mother is happy about the impending wedding. "Of course I am. But more than me, the happiness that I see on my mother's face is what makes it special," he told IANS.

Kapil Sharma has featured in a string of comedy reality shows before he changed the face of stand-up comedy on TV in 2013 with Comedy Nights with Kapil, made under his K9 Productions. Kapil moved to another channel with a similar show, titled The Kapil Sharma Show (in 2016), for which he retained most of the cast. Kapil also featured in films like Kis Kis Ko Pyaar Karoon and Firangi.

Kapil Sharma featured in headlines for his fight with his long-time collaborator Sunil Grover, who has now vowed not to work with Kapil Sharma again. After his fall out with his cast members, Kapil Sharma trended for cancelling shoots of his show. It was later revealed that he also joined a rehab to fight alcoholism.

However, Kapil Sharma returned to his family in a few months and now he has a special event to look forward to.