A Biopic On Kapil Sharma With Rival Krushna Abhishek In Lead Role? 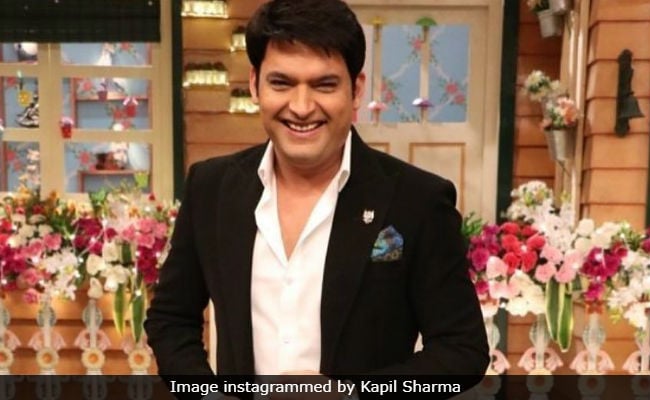 Kapil Sharma on the sets of his show. (Image courtesy: Instagram)

Filmmaker Vinod Tiwari, who is directing Krushna Abhishek in upcoming film Teri Bhabhi Hai Pagle, told news agency IANS that the comedian "will be perfect" to play the role of Kapil Sharma in a biopic on the Family Time With Kapil Sharma frontman. Although, Vinod Tiwari said that his first choice for the role is the comedian himself. He told IANS: "If Kapil ji agrees to play himself, I would love to work with him or else I feel Krushna Abhishek will be perfect for the role as they are known for their comic timing and he will do justice for Kapil ji's character."

For the uninitiated, Kapil Sharma and Krushna Abhishek have been pitted against each other in the field of standup comedy. Last year, Krushna Abhishek's Comedy Company almost replaced The Kapil Sharma Show but eventually both shows were aired back to back for some time before the channel pulled the plug on the latter show. At that time, Krushna had said that there was "no rivalry" between them. However, several actors from Kapil's show quit after his infamous mid-air fight with Sunil Grover and joined Krushna's Comedy Company.

Promoted
Listen to the latest songs, only on JioSaavn.com
Meanwhile, Vinod Tiwari also told IANS that the idea to make a biopic on Kapil Sharma came after he watched Rajkumar Hirani's Sanju (biopic on Sanjay Dutt), starring Ranbir Kapoor in lead role. "After watching Sanju, I am inspired to make a biopic and I feel biopic on Kapil Sharma will be worth it. It's a story that needs to be out. In 2010, we wanted to make a film with Kapil ji but producers Surendra Puri and Nostrum couldn't do it then. Now they are also keen on doing a biopic," he said.

Kapil Sharma featured in headlines for canceling shoots, his deteriorating health and his confessed submission to alcoholism. Earlier this year, Kapil also made headlines after his Twitter rant against a journalist.