Kapil Sharma's No-Show Was 'Major Embarrassment' To Channel. What May Happen Next 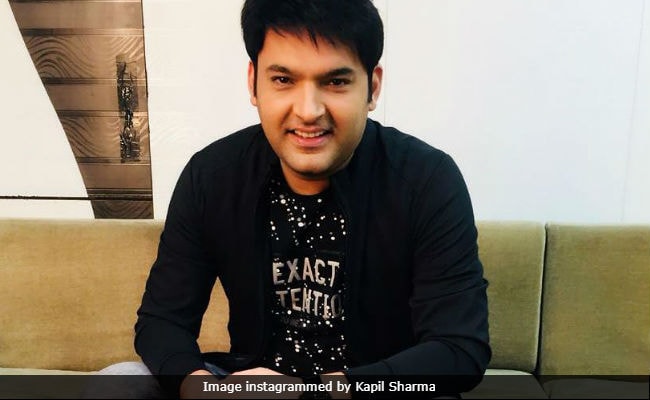 New Delhi: There was yet another case of Kapil Sharma no-show recently. If you have noticed, no new episode of Family Time With Kapil Sharma was aired over the weekend and that's reportedly because the comedian missed the scheduled shooting and remained out of reach, states a report in mid-day. Sony Entertainment Television, which airs Kapil's new show, reportedly does not have back-up episodes of the new show and had to fill in the 8 pm spot over the weekend with old episodes of Kapil's previous show. This is what a source close to the channel told mid-day: "The channel finds itself caught in the ensuing drama and is bearing the brunt."

According to mid-day, channel officials made repeated attempts to get in touch with Kapil, from whose end there was no heads-up about the cancelled shoot. "In a major embarrassment to them, Kapil did not shoot last week. With no bank of episodes to speak of, the channel was forced to air old episodes from the previous season of The Kapil Sharma Show," mid-day added the source as saying.

Kapil has reportedly not contacted the channel authorities yet and hence, there is no clarity about when the comedian will be back on sets. The report adds that since Kapil is also the producer of the show, he schedules shoots according to the convenience of his guests and informs the channel at the last hour. After the channel failed to air the fourth episode of Family Time With Kapil Sharma in time, the distributors are reportedly alarmed at the prospect of more cancelled episodes. "Alarm bells have started ringing as it spells loss of marketing revenue. They are clueless about when Kapil will resume shooting," the source told mid-day.

Last week, an Indian Express report stated that Kapil cancelled the shoot as he may have been suffering from "depression" and was not "talking to his team or interacting with anyone." If reports are to be believed, this would be the second time Kapil cancelled a shoot of his new show. Within days after Family Time With Kapil Sharma premiered, reports stating that the show host cancelled shoot for an episode which was to feature Rani Mukerji, popped up online. "The team was to shoot the episode yesterday evening but Kapil informed in the morning that he won't be able to make it, and so the shoot was cancelled," read a report in Indian Express.

Promoted
Listen to the latest songs, only on JioSaavn.com
Kapil may have been unavailable on the sets but he made a brief appearance on Twitter last week to share copies of a police complaint filed against Neeti and Preeti Simoes (the creative directors of his previous shows) alleging extortion. In his tweets, Kapil alleged that his former producers attempted to extort Rs 25 lakhs and that they were aided by a certain journalist in their attempts. "Some people just want to defame you for few bucks, but it will take ages to take a stand against the wrong. I shall do it today and forever," read one of his tweets.

The case of Kapil Sharma not turning up for shoots dates back to his previous show when he had cancelled shoots with stars such as Arjun Kapoor, Anil Kapoor, Shah Rukh Khan and Ajay Devgn. So far, three episodes of Family Time With Kapil Sharma have been aired with Abhay Deol and Ajay Devgn as guests on separate shows. Kapil Sharma's new show also features his former co-stars - Chandan Prabhakar, Kiku Sharda and Neha Pendse -along with Navjot Singh Sindhu.