Things are not looking all that bright and sunny for Kapil Sharma, who filed a police complaint against TV show producers Neeti and Preeti Simoes 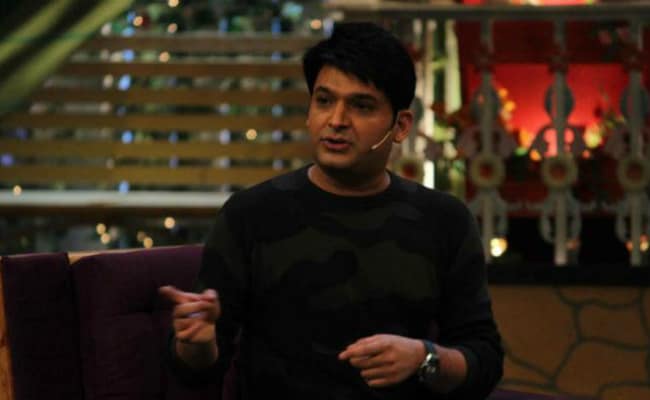 The comedian made a comeback with Family Time With Kapil Sharma

New Delhi: Things are not looking all that bright and sunny for comedian Kapil Sharma, who recently filed a police complaint against TV show producers Neeti and Preeti Simoes, who were the creative directors of The Kapil Sharma Show. Kapil Sharma has alleged extortion in his complaint, reported news agency ANI. Kapil Sharma alleged Neeti and Preeti attempted to extort Rs 25 lakhs and that they were aided by a certain reported in their attempts, reported ANI. Kapil's complaint also zeroed in on a particular publication, which he accused, "launched a malicious propaganda to defame him in digital media" after he denied the exorbitant sum of money, stated ANI.

On Sunday, Twitterati woke up to a series of tweets from Kapil Sharma, in which he's included copies of the police complaint: "Some people just want to defame you for few bucks, but it will take ages to take a stand against the wrong. I shall do it today and forever," read one of his tweets.

This is what ANI had reported:

Kapil Sharma filed a police complaint against his ex-managers Neeti, Preeti and journalist Vicky Lalwani for trying to extort Rs 25 lakhs from him, alleged Vicky Lalvani started a false & malicious propaganda to defame him in digital media after he refused to pay him the amount pic.twitter.com/F50H1tSDFt

The police complaint and Kapil's new tweets arrive in the wake of the curious case of whether the TV personality's account was hacked or not on Friday evening. Kapil appeared to have solved that mystery with this tweet, which read: "Maine jo b likha tha apne dil se likha tha.. it was my team who deleted my tweets." Kapil appeared to launch a scathing attack on the previously mentioned reporter in abusive terms for which the tweet is inappropriate to be reproduced here. "Shameless," is the politest of terms he used in his tweet.

Maine jo b likha tha apne dil se likha tha.. it was my team who deleted my tweets .. But main is kutte bikaayu reporter se darne wala nahi hu.. he can write anything for anybody just for few bucks. Shameless

On Friday evening, several abusive posts - some referring to Salman Khan's sentencing after the blackbuck verdict and some on his livelihood - had taken his followers on Twitter by surprise. Soon, a tweet on Kapil Sharma's timeline claimed his account was hacked, which too was later deleted.

Promoted
Listen to the latest songs, only on JioSaavn.com
Sometime in June last year, Preeti and Neeti Simoes, former producers of The Kapil Sharma Show, shifted focus to Krushna Abhishek's Comedy Nights Bachao after the channel decided to pull the plug on Kapil's once-popular The Kapil Sharma Show. They recently collaborated with Sunil Grover - Kapil's former co-star - for the new show Dan Dana Dan Live, of which Shilpa Shinde is also part of. The popularity of both Kapil and his show dipped after he had a fall-out with Sunil following a mid-air altercation on a flight back from Melbourne.

Meanwhile in March end, Kapil Sharma made a comeback to the television with his new show Family Time With Kapil, which has been reviewed as not entertaining enough. The ratings of Kapil Sharma's show are also not as impressive as his previous shows, following which the makers are reportedly planning to crop out the duration of the show by some 6-9 episodes.