Kapil Sharma's new show was reportedly slated for 26 episodes but following unimpressive ratings, the makers are planning to crop out some episodes 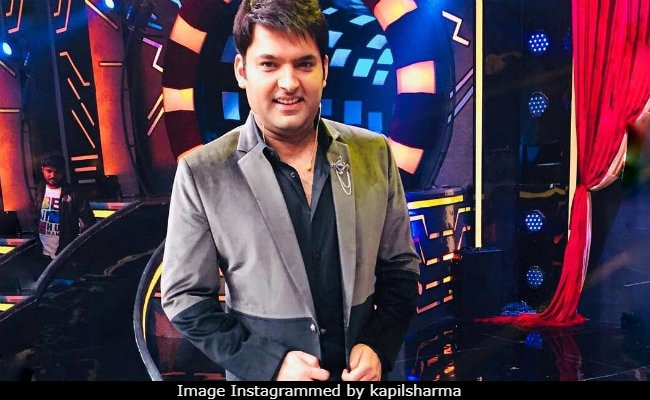 New Delhi: Will Family Time With Kapil Sharma turn out to be another failure for the comedian? Kapil Sharma's new show was reportedly slated for 26 episodes but following unimpressive ratings of the show, the makers are planning to crop out as many as 6-9 episodes, stated a report in DNA. The show host and the makers are currently on a disagreement over promotional strategies for the show. The producers wanted Kapil to address the media ahead of the show's premiere while he advised them otherwise. "They wanted Kapil to hold a press conference, but he asked them for time. He told them he will address the media after a couple of episodes are aired," DNA quoted a source as saying.

Family Time With Kapil Sharma has aired two episodes so far with Ajay Devgn and Abhay Deol as guests respectively. "Now, there is an internal dispute going on about how many episodes should be aired. The show has been slated for 26 episodes, but the channel is thinking of cutting it to 15-20 if the reactions are not good and ratings are not as expected," the source added. Now, reactions and ratings for Kapil's new show does not appear to be in the comedian's favour.

After the show's debut episode, Twitter had unanimously declared that Family Time With Kapil Sharmalacked the charm of Kapil's previous shows and reviewed it as "disappointing" and "depressing." Kapil's new show, unlike the massively popular previous ones, also failed to feature on Broadcast Audience Research Council's report for top five Programmes of week 13, 2018 - March 14 to March 30. Ahead of the show's launch, several reports stated that Kapil had yet again cancelled the shoot for an episode which was to feature Tiger Shroff and Disha Patani.

Promoted
Listen to the latest songs, only on JioSaavn.com
Kapil's former co-stars - Chandan Prabhakar, Kiku Sharda and Neha Pendse - have made a comeback on the new show along with Navjot Singh Sindhu. According to DNA, the team are also trying to get Sumona Chakravarti on board - she played Kapil's onscreen wife in The Kapil Sharma Show.

Meanwhile, Kapil Sharma's former co-star Sunil Grover is all set to launch his new show Dhan Dhana Dhan Live, ahead of which he had everything nice to say about Kapil. "I pray for his good health and I hope he will continue doing his job. God willing, we will definitely work together," IANS quoted Sunil Grover as saying, who had alleged he was not offered to be part of Kapil's show - something which Kapil denies. Sunil Grover and Kapil Sharma had a fall-out after a mid-air altercation between the two on a flight back from Melbourne.