No Family Time With Kapil Sharma This Week: Reports 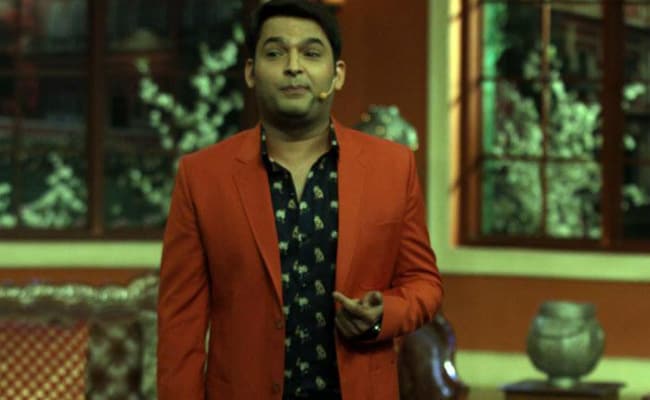 New Delhi: It appears Family Time With Kapil Sharma will not make it to the fourth episode on time. Kapil Sharma, who launched his new show on March 25, has reportedly not shot for a fresh one and hence, there might be no new episode of the show this weekend, stated a report in Indian Express. The show host is reportedly in a state of depression and has been unavailable for a while now, stated the report. "Kapil has been keeping to himself and seems like he is depressed and worried over something. He isn't talking to his team or interacting with anyone. After the Rani Mukerji shoot got cancelled, the team couldn't get through to Kapil and no other episode could be shot for the week," Indian Express quoted a source as saying.

Soon after Kapil's come back on the small screen, reports stating he cancelled shoot for an episode which was to feature Rani Mukerji, popped up online. "The team was to shoot the episode yesterday evening but Kapil informed in the morning that he won't be able to make it, and so the shoot was cancelled," Indian Express quoted a source as saying in March end.

Kapil Sharma has trended for all the wrong reasons all of this week and one of them was that the makers of Family Time With Kapil Sharma are reportedly planning to crop out a few episodes. According to a report in DNA, Kapil and the show's team were not on the same page as far as promotional strategies were concerned and that unimpressive ratings of the show have lead them to shorten the overall duration by 6-9 episodes. "Now, there is an internal dispute going on about how many episodes should be aired. The show has been slated for 26 episodes, but the channel is thinking of cutting it to 15-20 if the reactions are not good and ratings are not as expected," DNA quoted a source as saying.

After the first episode of Family Time With Kapil Sharma, netizens were of the opinion that it lacked the charm of Kapil's previous shows and reviewed it as "disappointing" and "depressing." Kapil's new show, unlike the massively popular previous ones, also failed to feature on Broadcast Audience Research Council's report for top five Programmes of week 13, 2018 - March 14 to March 30.

Even before Family Time With Kapil Sharma premiered on TV, rumours about Kapil having cancelled a shoot with Tiger Shroff and Disha Patani kept the gossip mills busy, something which was dismissed by the comedian in a tweet.

Promoted
Listen to the latest songs, only on JioSaavn.com
Kapil Sharma has a history of no-show on his resume. While The Kapil Sharma Show was still on air, the show host had cancelled shoots with stars such as Arjun Kapoor, Anil Kapoor, Shah Rukh Khan and Ajay Devgn, who was, however, the first guest on his new show. The second episode of Family Time With Kapil Sharma had Abhay Deol joining. Family Time With Kapil Sharma also features his former co-stars - Chandan Prabhakar, Kiku Sharda and Neha Pendse -along with Navjot Singh Sindhu.

Meanwhile, Kapil Sharma has recently filed a police complaint against Neeti and Preeti Simoes (the creative directors of his previous shows) alleging distortion.