Kapil Sharma has reportedly cancelled shoot with Rani Mukerji, who was supposed to promote her new film Hichki 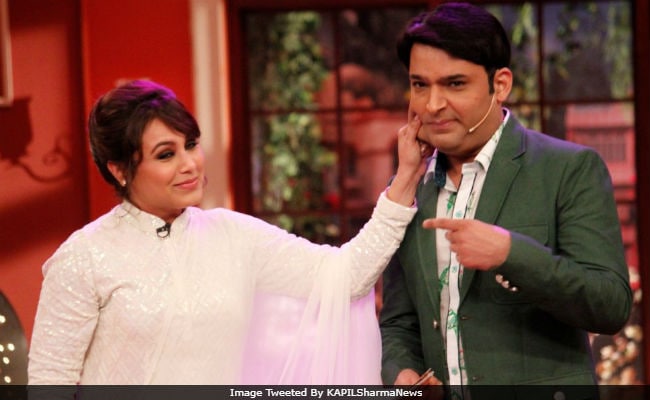 New Delhi: Kapil Sharma has reportedly cancelled shoot with Rani Mukerji, who was supposed to promote her new film Hichki on Family Time With Kapil Sharma, the comedian's new show. The first episode of Family Time With Kapil Sharma aired on Sunday. "The team was to shoot the episode yesterday evening but Kapil informed in the morning that he won't be able to make it, and so the shoot was cancelled," a source told Indian Express. Just last week, it was reported that Kapil's shoot with Baaghi 2 stars Tiger Shroff and Disha Patani was also cancelled. The cancelled shoot with Rani has apparently left the entire team 'worried.' "There is a lot of expectation riding on Kapil. This being his second innings, he should be a little careful. People are ready to rip him apart. We hope he pulls up his socks and gets back to serious business to give the quality that is expected from him," the source told Indian Express.

Family Time With Kapil Sharma is the comedian's comeback show, he was previously hosting The Kapil Sharma Show, which went off air some months ago. The embattled show's viewership dipped enormously after Kapil Sharma's former co-star Sunil Grover quit the show after a mid-air fight. Kapil reportedly resorted to alcoholism and was admitted to a rehab.

Promoted
Listen to the latest songs, only on JioSaavn.com
Some weeks ago, Kapil Sharma and Sunil Grover had a bitter Twitter exchange over the new show.