Krushna Abhishek, who has worked with Kapil Sharma previously said that his show will air at a new time and it won't replace The Kapil Sharma Show 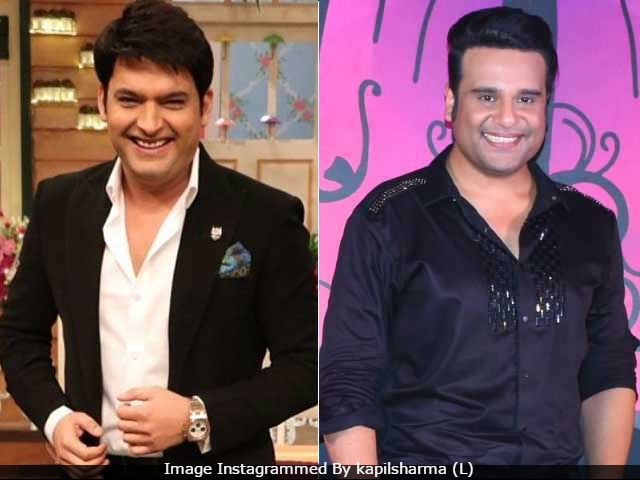 New Delhi: Kapil Sharma's former co-star, comedian Krushna Abhishek says that there is 'no rivalry' between them, reports news agency IANS. A few days ago, it was reported that embattled Kapil Sharma's show would be replaced by Krushna's next, titled Comedy Company. However, Krushna denied the reports and said his show will air at a new time and it won't replace The Kapil Sharma Show. "There is no controversy in it, there is nothing to do with Kapil or his show. Kapil's show airs from 9 pm to 10 pm and I will do my show from 8 pm to 9 pm. There is no rivalry," Krushna told IANS.

"When I used to do Comedy Nights Bachao then our shows used to come at the same time, then at that time people did not know what to see. Both of us have now come to the same channel," he added.

Krushna Abhishek and Kapil Sharma have previously worked in Jubilee Comedy Circus (2011). Krushna, who has also acted in films like Bol Bachchan and Entertainment said that he wishes to promote Comedy Company on Kapil Sharma's show. "In fact, I have told the channel that I will go to Kapil's show to promote our show. I think for the first time in the last five years, we are going to share the same stage together. I am eagerly waiting for my show to start and to go on Kapil's show," he told IANS.

Promoted
Listen to the latest songs, only on JioSaavn.com
The viewership of Kapil Sharma's show dropped enormously after Sunil Grover's exit. Later, comedian Raju Srivastava and Upasna Singh were included in the cast.

Over the weekend, Sunil Grover hosted a special show for Salman Khan's forthcoming film Tubelight, on which the actor promoted the film. (With IANS inputs)