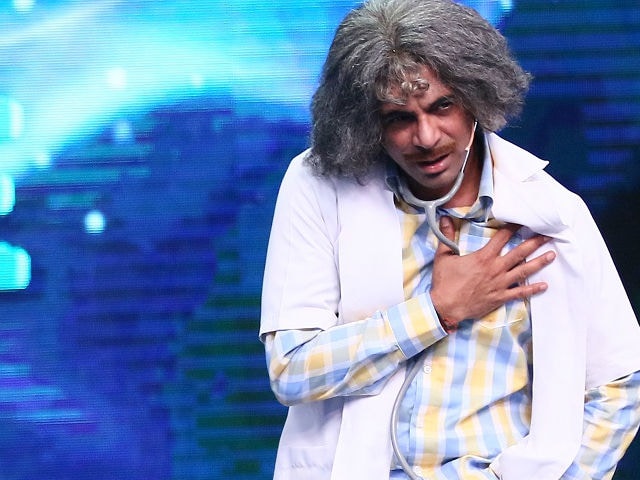 New Delhi: Comedian Sunil Grover, who entertained the audiences over the weekend on Super Night With Tubelight, will only make guest appearances on Krushna Abhishek's next comedy show, reports DNA. After quitting the embattled The Kapil Sharma Show, Sunil Grover 'doesn't want to be a part of any show permanently.' "After his fight with Kapil Shama, Sunil Grover doesn't want to take on any show permanently. However, he will make guest appearances on Comedy Company playing different characters. He doesn't want to be bound to any one show or channel," DNA quoted a source as saying. Meanwhile, Sunil Grover's former co-stars like Ali Asgar, Sugandha Mishra and Sanket Bhosale will be a part of Krushna's Comedy Company.

Super Night With Tubelight was a special show, on which Salman Khan promoted his forthcoming film Tubelight. On the show, Sunil Grover features as Dr Mashoor Gulati and Rinku Bhabhi. Ali Asgar, Sugandha Mishra and Sanket Bhosale were also part of Super Night With Tubelight. Of the show, Sunil Grover earlier told DNA, "I came back to Sony only for a very special person, Salman Khan. It was a special show dedicated to his new film Tubelight."

Promoted
Listen to the latest songs, only on JioSaavn.com
A few days ago, The Times Of India reported that Preeti Simoes, creative director of The Kapil Sharma Show, will also join Krushna's team.

Sunil Grover left The Kapil Sharma Show in the month of April after a mid-air altercation with Kapil Sharma. Mr Sharma, allegedly drunk, is accused of hitting his former co-star with a shoe. He was also allegedly involved in a fight with his other castmates. Soon, Sunil Grover quit the show and refused to return. Later, Kapil Sharma apologised on Twitter. Sunil Grover's co-stars Chandan Prabhakar and Ali Asgar too left the show.