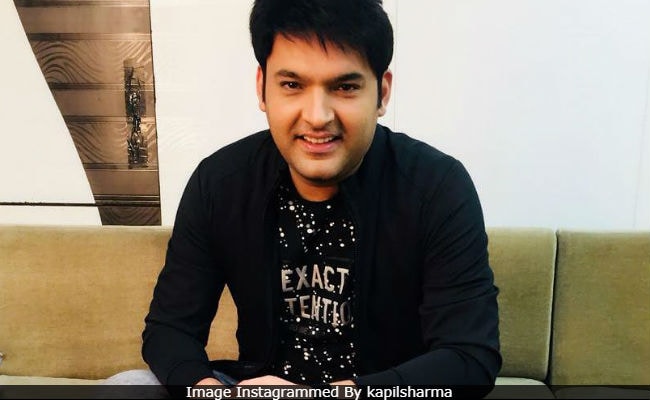 Waiting for Kapil Sharma's return to TV again? Here's an update. Mumbai Mirror reports that the comedian is expected to come back with a new show, which will air in October. Like his previous shows, the genre will be comedy. "The new show is expected to go on air by October. Bharat Kukreti, who directed Comedy Nights With Kapil, has been brought on board for this one too. The idea is to stick to pure comedy, not deviating from the format. In the run-up to his return, Kapil, who has been grappling with health issues and had put on some weight, is dedicatedly hitting the gym. He should be completely fit by October," a source told Mumbai Mirror.

Kapil Sharma is also prepping for the release of a film. Giving more details about Kapil's show and the film, the source told Mumbai Mirror, "It was delayed because of Kapil's health issues but he's ready to resume work now and is gearing up for an October release for the film as well. It has been shot all over Punjab and Kapil will actively be a part of the promotions."

The extremely successful Kapil Sharma Show went off air last year after the infamous fight between Kapil Sharma and his former co-star Sunil Grover. Kapil was later reported to have resorted to drinking and battling depression.

Earlier this April, he made a comeback with Family Time With Kapil, but it concluded only after a few episodes as he allegedly failed to turn up for shoots. Thereafter, the makers decided to put the episodes on hold.

In interview to news agency IANS after that, Kapil mentioned that he required time to "recuperate" but promised to return soon. "I think I need some me time and need to recuperate. I've been working too hard for too long. There is a lot in the pipeline and lot of new exciting projects which I will talk about soon. The reality right now is that I have worked very hard and I love what I do. I just need some time off and I promise you that I will be entertaining you again, as that is what I thrive on," he said.

Meantime, soon after the Family Time With Kapil Sharma controversy, several abusive posts (which were later deleted) from Kapil Sharma's Twitter account shocked social media. However, he clarified that his account was hacked and filed an extortion case against former producers Neeti and Preeti Simoes. Kapil also sent a legal notice to a particular publication and a journalist demanding an 'unconditional public apology' alleging defamation.