Did Kapil Sharma Confirm A Possible Comeback? Read His Tweet

Here's something for folks waiting for Kapil Sharma's comeback 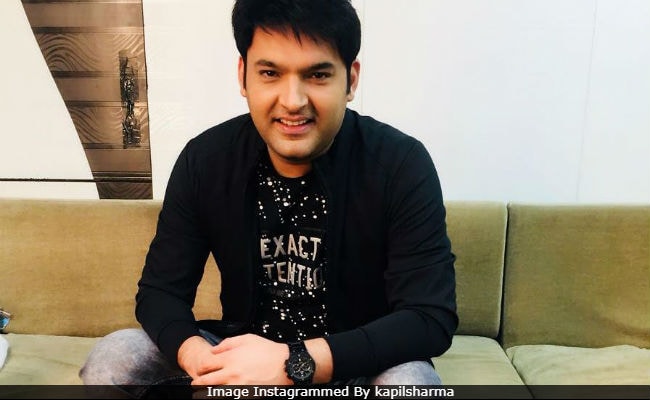 New Delhi: Here's something for folks who are waiting for comedian Kapil Sharma's comeback (of sorts) on television. "Jaldi naye dekhne ko milenge," is what Kapil Sharma tweeted to a fan's comment, who asked him to start a new show. In the Twitter chat, the fan wrote that he misses Kapil Sharma onscreen and thus, watches his old shows. To this, Kapil Sharma replied, "No problem, jaldi naye dekhne ko milenge." However, he hasn't tweeted any details about his comeback. A couple of months ago, Kapil Sharma, 37, trended for all the wrong reasons and due to his no-show on the sets of Family Time With Kapil Sharma, the makers had decided to put several episodes on hold. Family Time With Kapil Sharma was the comedian's much-awaited show and went off air soon after.

Soon after the Family Time With Kapil Sharma controversy, several abusive posts (now deleted) from Kapil Sharma's Twitter account shocked social media. Later, he clarified that his account was hacked and filed an extortion case against former producers Neeti and Preeti Simoes. He also sent a legal notice to a particular publication and a journalist demanding an 'unconditional public apology' alleging defamation.

Kapil Sharma then said that he needed some 'me time' to recuperate and added there were some 'exciting projects coming up.' "I think I need some me time and need to recuperate. I've been working too hard for too long. There is a lot in the pipeline and lot of new exciting projects which I will talk about soon. The reality right now is that I have worked very hard and I love what I do. I just need some time off and I promise you that I will be entertaining you again, as that is what I thrive on," he told news agency IANS in an interview.

Promoted
Listen to the latest songs, only on JioSaavn.com
Last year, Kapil Sharma and his ex-colleague Sunil Grover parted ways after a massive fight. Sunil Grover quit The Kapil Sharma Show. Kapil's show went off air due to failing TRPs. Kapil was later reported to have resorted to drinking and battling depression.