In the legal notice, Kapil Sharma has accused the journalist of churning out defamatory pieces about him since March 18 last year 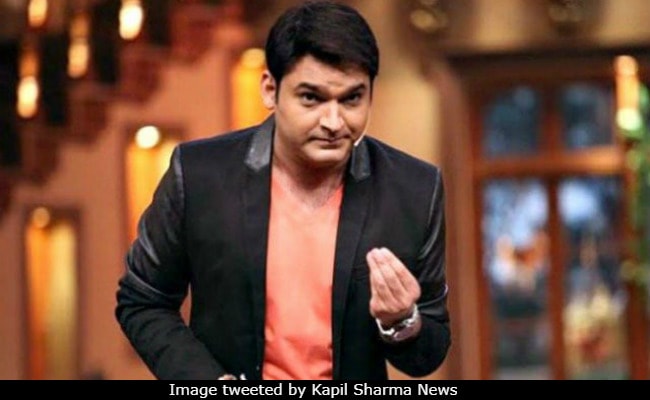 New Delhi: Actor-comedian Kapil Sharma sent a legal notice to a particular publication and a journalist demanding an "unconditional public apology" alleging defamation, reported news agency PTI. Kapil Sharma's legal team also alleged that the publication in concern produced "false, malicious, fraudulent articles" and claimed damages "to the tune of Rs 100 crore" which is "to be deposited in National Defence Fund," reported PTI. "In view of the articles by Lalwani on Spotboye to wilfully defame my client, we have sent them a legal notice to publicly apologise within seven days failing which we will institute civil and criminal proceedings against both," Kapil Sharma's lawyer Tanveer Nizam said in a statement, said PTI.

In the legal notice, Kapil Sharma has also accused the journalist of churning out defamatory pieces about him since March 18 last year. Earlier this month, Kapil filed a police complaint against the producers of his previous shows - Neeti and Preeti Simoes - alleging extortion and mentioned that they were aided by the reporter concern in their attempts to extort Rs 25 lakhs. Now, Mr Sharma's lawyer reiterates similar allegations against the creative directors of The Kapil Sharma Show and the journalist: "My client states that you have in close nexus with his earlier managers/associates Ms Neeti and Ms Preeti Simoes and have maliciously and in collusion and connivance with them and also in furtherance of a common intention to defame and tarnish the reputation of my client." PTI reported that the journalist claimed he's not received the notice yet.

"This information was spread with a design to defame my client and malign his image in the eyes of his fans, industry and public at large," the notice added, reported PTI.

On April 7, Kapil Sharma tweeted copies of the above mentioned police complaint and wrote: "Some people just want to defame you for few bucks, but it will take ages to take a stand against the wrong. I shall do it today and forever." Kapil's tweets arrived at a time when his fans and followers were left confused on the Internet after a serious of expletive-laden tweets (addressing the journalist in concern) had arrived and were later deleted. Kapil later said that it was his team that removed the tweets from Twitter: "Maine jo b likha tha apne dil se likha tha.. it was my team who deleted my tweets."

Maine jo b likha tha apne dil se likha tha.. it was my team who deleted my tweets .. But main is kutte bikaayu reporter se darne wala nahi hu.. he can write anything for anybody just for few bucks. Shameless

It was last year when Preeti and Neeti Simoes shifted focus to Krushna Abhishek's Comedy Nights Bachao after the channel decided to pull the plug on Kapil's once-popular The Kapil Sharma Show. They recently collaborated with Sunil Grover - Kapil's former co-star - for the new show Dan Dana Dan Live, of which Shilpa Shinde is also part of. The popularity of both Kapil and his show dipped after he had a fall-out with Sunil following a mid-air altercation on a flight back from Melbourne.

Promoted
Listen to the latest songs, only on JioSaavn.com
Kapil Sharma made a comeback to the television with his new show Family Time With Kapil in March this year but soon, the makers put the show on hold as he allegedly repeatedly failed to turn up for shoots. However, the actor-comedian has promised to return as he recently told IANS in an interview: "I think I need some me time and need to recuperate. I've been working too hard for too long. There is a lot in the pipeline and lot of new exciting projects which I will talk about soon. The reality right now is that I have worked very hard and I love what I do. I just need some time off and I promise you that I will be entertaining you again, as that is what I thrive on."