Kapil Sharma Needs Some 'Me Time' To Recuperate. Promises To Return

Kapil Sharma said, "I think I need some me time and need to recuperate. I've been working too hard for too long" 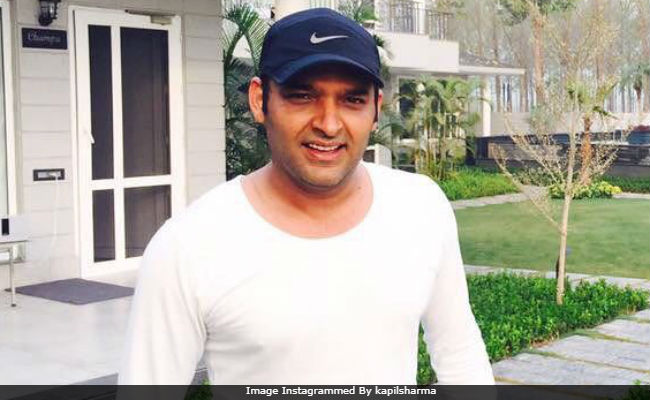 The comedian made a comeback with Family Time With Kapil Sharma (Image courtesy: kapilsharma)

New Delhi: Comedian Kapil Sharma, who has featured in headlines for several reasons, said he needs some 'me time' to recuperate, reports news agency IANS. Recently, the makers of Family Time With Kapil Sharma decided to put the show on hold after he failed to turn up on the sets. However, Kapil Sharma says there are some 'exciting projects coming up' and he will return soon.' "I think I need some me time and need to recuperate. I've been working too hard for too long. There is a lot in the pipeline and lot of new exciting projects which I will talk about soon. The reality right now is that I have worked very hard and I love what I do. I just need some time off and I promise you that I will be entertaining you again, as that is what I thrive on," he told IANS in an interview. He is reportedly battling depression.

Recently, his former co-star Ali Asgar, in an interview to ABP, claimed that Kapil was 'close to tears' when he met him and said that Preeti Simoes (Kapil Sharma's rumoured ex-girlfriend and also his former show's creative director) had asked him to meet the comedian once. However, Kapil refuted the claims and said it's 'not true.' "It is hurtful to read things which are not true. I am learning to focus only on my work and not pay heed to any negativity. My work is my worship and that's what means the most to me. What is most damaging and hurtful is when comments are made by those people that you consider your friends and your well-wishers. Over the years, I have always been about my work and that is what continues to drive me. Irrespective of what is said, my work will continue to be my biggest motivation," he told IANS.

Some weekends ago, several abusive posts from his Twitter account shocked the social media. Later, he clarified that his account was hacked. He had also filed an extortion case against producers Neeti and Preeti Simoes.

Last year, Kapil Sharma and his ex-colleague Sunil Grover parted ways after a massive fight. Sunil Grover quit the show and then Ali Asgar and others followed him. The Kapil Sharma Show went off air due to failing TRPs and Kapil by that time had resorted to heavy drinking. After a year, when Kapil was prepping for his comeback show Family Time With Kapil Sharma, the duo trended for their Twitter chat, in which Kapil claimed that Sunil was 'lying' and he had approached him for the new show.

Promoted
Listen to the latest songs, only on JioSaavn.com
The show's team hasn't reunited yet (besides Kiku Sharda), Kapil told IANS that he is 'very happy for them.' "I am very happy for them, and in the same way, I would just want them to be happy for me too. There is ample space for them to grow in the industry and I wish them the very best," he said.