After Kapil Sharma apparently failed to turn up on sets of Family Time With Kapil Sharma, the makers have decided to 'put the show on hold' 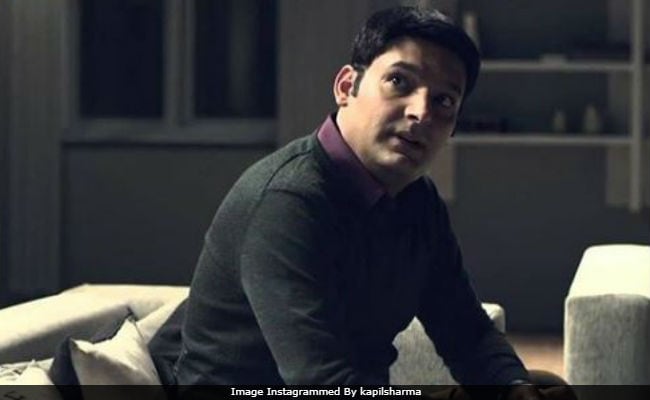 New Delhi: After Kapil Sharma apparently failed to turn up on sets of Family Time With Kapil Sharma to shoot for new episodes, the makers have decided to 'put his comeback show on hold.' reports Indian Express. Kapil had cancelled some shoots and also failed to film an episode with Rani Mukerji, who came to promote Hichki. Also, last weekend, no new episode of Family Time With Kapil Sharma was aired. "We did not have a bank of episodes to air as the show had just begun. Also, his health issues or personal issues has been deviating his attention and focus from work. In such a scenario, it is better that we keep the show on hold for now. At least the whole of April, we aren't shooting. We will figure out the rest once he feels better. Right now, we want to him get better first. So that once he is back, he is completely devoted to work like he has always been," a source told Indian Express.

Of the cancelled with Rani Mukerji, the source told Indian Express that it was due to his 'personal issues' but the makers of the show were 'left in lurch.' "See the first episode of Kapil's latest show was nothing like its predecessor. It was a hotchpotch of too many things put in together for this 90s style game show. It only did well on TRP charts as Kapil has a very ardent fan following and was going to be back on television after a hiatus of seven months. So naturally, his fans did watch their favourite comedian's new show but it lacked the punch that they expected. However, owing too few personal issues, he had to cancel Rani Mukerji's shoot and this left us in a lurch."

mid-day had reported that Kapil Sharma remained out of reach which was a 'major embarrassment' for them as well as the channel. "Alarm bells have started ringing as it spells loss of marketing revenue. They are clueless about when Kapil will resume shooting," a source told mid-day.

Kapil Sharma hasn't yet spoken about the whole issue. However, he featured in headlines again for his tweets. He had filed an extortion case against producers Neeti and Preeti Simoes, who were the creative directors of The Kapil Sharma Show (his previous show).

Promoted
Listen to the latest songs, only on JioSaavn.com
Read his tweet here.