Ajay will step into the shoes of Karthi, who played the main role in the original film 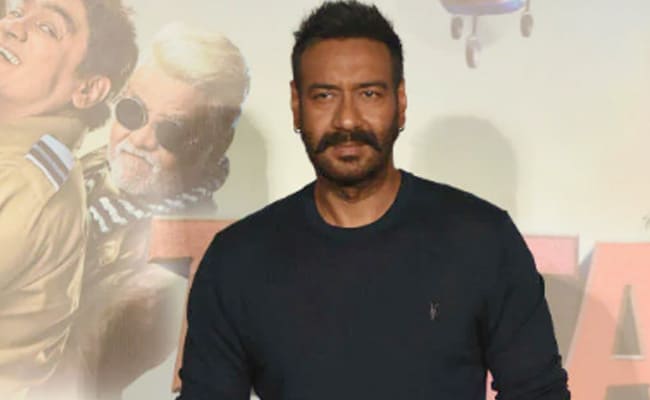 Ajay Devgn photographed at an event in Mumbai .

Ajay Devgn will play the lead role in the Hindi remake of the 2019 Tamil film Kaithi. The actor confirmed the news in his latest tweet on Friday and sent the Internet into a tizzy. "Yes, I'm doing the Hindi remake of the Tamil film Kaithi," wrote Ajay in his tweet and brought a wave of excitement among his fans. In the Hindi remake, the Tanhaji: The Unsung Warrior actor will step into the shoes of Karthi, who played the main role in the original film, which showcases the story of an ex-convict who decides to meet his daughter for the first time after being released from prison but gets embroiled in a face-off between cops and drug lords.

While Lokesh Kanagaraj wrote and directed the Tamil film, the director of the Hindi remake is yet to be announced. However, the upcoming film will be co-produced by Ajay Devgn FFilms, Reliance Entertainment and Dream Warrior Pictures.

The Hindi remake of Kaithi was announced earlier this month and since then, reports of Ajay Devgn playing the lead role in the film were surfacing on the Internet. Ajay's latest tweet puts an end to weeks of speculation.

On the work front, Ajay Devgn has a lot of films in the pipeline. He will be seen in Amit Sharma's sports drama Maidaan, in which he will play football coach Syed Abdul Rahim. His next film is Abhishek Dudhaiya's Bhuj: The Pride of India. Ajay will also appear in a cameo role in Rohit Shetty's Sooryavanshi and in SS Rajamouli's RRR.