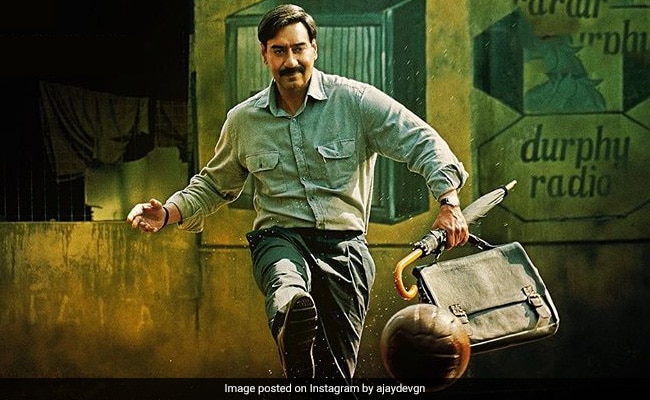 Ajay Devgn's Maidaan, which was earlier scheduled to open in theatres on November 27, got a new release date on Tuesday. The sports drama, inspired by the Indian national football team coach and manager Syed Abdul Rahim, will now be releasing on December 11 this year. Announcing the new release date of his film on social media, Ajay Devgn, who will play the coach in Maidaan, shared two new posters and wrote: "Maidaan will now release on December 11, 2020." The first poster features Ajay along with a couple of his team players, who can be seen playing in the mud. In the second poster, the actor can be seen standing on a field holding a football with his team standing behind him.

Check out the new posters of Maidaan here:

#Maidaan will now release on 11.12.2020.@Priyamani6@raogajraj@boneykapoor@iAmitRSharma@freshlimefilms@saiwynQ@actorrudranil@writish@saregamaglobal@zeestudios_@zeestudiosint@BayViewProjOffl@MaidaanOfficialpic.twitter.com/SnQCNykOeu

Like we mentioned above, Maidaan will showcase the life of Syed Abdul Rahim, who coached team India from 1950 to 1963. The Indian football team's era under his "successful" training is referred to as the "golden age." Mr Rahim died of cancer in 1963. The sports drama will be directed by Amit Ravindrenath Sharma and co-produced by Boney Kapoor and Zee Studios.

The first poster of the film was released last month. A few days later, Ajay Devgn shared his first look from Maidaan. "Yeh kahaani hai Indian football ke golden phase ki aur uske sabse badey aur successful coach ki (This is the story of Indian football's golden phase and of its biggest and most success coach)," wrote Ajay while sharing his first look on social media. In case you haven't seen it yet, check it out:

On the work front, Ajay Devgn was last seen in Tanhaji: The Unsung Warrior. He will also feature in Rohit Shetty's Sooryavanshi and Abhishek Dudhaiya's Bhuj: The Pride Of India.