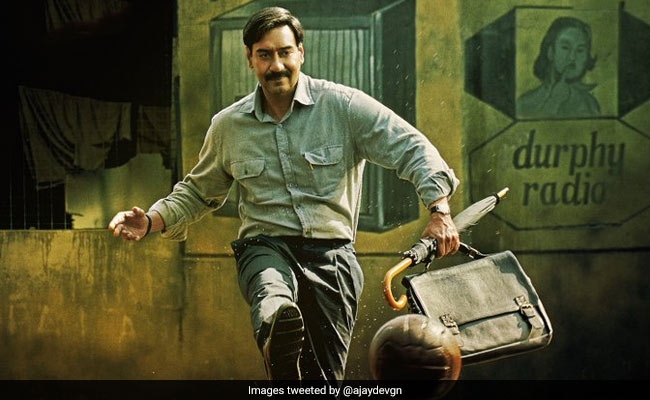 Ajay Devgn shared his first look from new film Maidaan with not one but two new posters on Thursday. Helmed by Amit Ravindrenath Sharma, Maidaan is a biographical sports drama inspired by the Indian national football team coach and manager Syed Abdul Rahim, who is regarded as the architect of Indian football. Ajay Devgn has been cast as the onscreen version of Syed Abdul Rahim in Maidaan, which is co-produced by Boney Kapoor and Zee Studios. Ajay Devgn's cheer squad included wife Kajol, who also tweeted the actor's first look from Maidaan. And so did Janhvi Kapoor, who cheered for her dad Boney Kapoor by sharing the Maidaan posters.

Ajay Devgn summed up the film's storyline in just a few words and tweeted: "Yeh kahaani hai Indian football ke golden phase ki aur uske sabse badey aur successful coach ki (This is the story of Indian football's golden phase and of its biggest and most success coach)." Syed Abdul Rahim coached team India from 1950 to 1963, the year he died battling cancer. The Indian football team's era under his training is referred to as the "golden age" because of the team's success in international platforms.

Team India not only clinched trophies at the Asian games in 1951 and 1962 under Syed Abdul Rahim's guidance but also reached the Melbourne Olympics semi-finals in 1956, still regarded as a landmark achievement for Indian football.

Maidaan is slated to hit screens on November 27 this year.