Maidaan: Ajay Devgn will step into the shoes of football coach Syed Abdul Rahim in the film 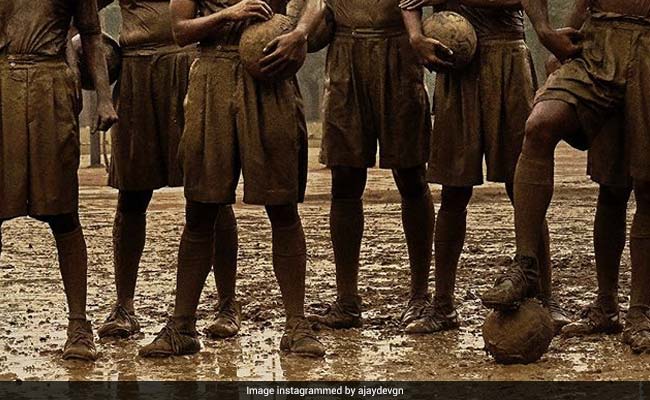 Ajay Devgn shared a teaser poster of his work-in-progress film Maidaan on Tuesday and it is going crazy viral on social media. The poster of the film, which will feature Ajay as a football coach, doesn't actually reveal the faces of cast but shows several football players standing on a muddy field and drenched in mud. The players can be seen holding footballs in their hands. Sharing the teaser poster of the film on Twitter, Ajay Devgn also announced that Maidaan is going to release in November this year. He wrote: "#MaidaanTeaser - Get ready for Maidaan! November 27, 2020." Maidaan will be directed by Amit Ravindernath Sharma and produced by Boney Kapoor, Akash Chawla, Arunava Joy Sengupta and Zee Studios.

Take a look at the teaser poster of Maidaan here:

In Maidaan, Ajay Devgn will step into the shoes of football coach Syed Abdul Rahim, who coached India to victory at the Asian Games in 1951 and in 1962. He served as the manager of Indian football team from 1950 till 1963. Maidaan will also feature south actress Keerthy Suresh as Ajay's character's wife. This will be Ajay Devgn and Keerthy Suresh's first project together. The film went on floors in August last year.

Elated and proud to announce a story never told as @ZeeStudios_#BoneyKapoor & @freshlimefilms come together for a biopic on India's legendary #Football coach, Syed Abdul Rahim, starring @ajaydevgn, directed by @CinemaPuraDesi, screenplay by @SaiwynQ, and dialogues by @writish. pic.twitter.com/vzaLJya67x

On the work front, Ajay Devgn was last seen in the recently-released film Tanhaji: The Unsung Warrior.