Are you ready to meet Amitabh Bachchan and his team? 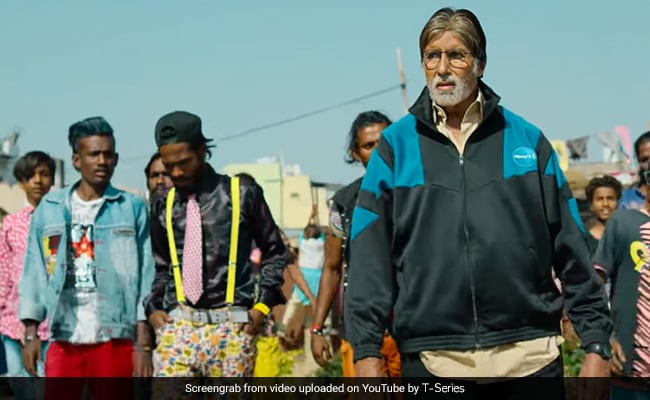 Amitabh Bachchan in a still from Jhund. (courtesy: YouTube)

The makers of Jhund shared the film's teaser on Tuesday and it has our attention. The film features Amitabh Bachchan in the lead role, who stars as a football coach for the underprivileged. The film is based on the life of NGO Slum Soccer founder Vijay Barse, who motivates slum-dwellers to form a football team and coaches them. The teaser has foot tapping music playing in the backdrop as Amitabh Bachchan turns towards the camera and walks with his team. No words needed. Sharing the teaser on his Instagram profile, the actor captioned the post: "Meri team taiyaar hai aur aap (My team is ready, are you)? Aa rahe hain hum. Jhund releasing on 4th March 2022 in cinemas near you. Teaser out now."

Meanwhile, Amitabh Bachchan's son and actor Abhishek Bachchan also shared the teaser on his Instagram profile and he captioned it: "Baap."

Nagraj Manjule, who is best-known for directing critically-acclaimed Marathi films such as Pistulya, Fandry and Sairat among others, will make his Bollywood debut as a director with Jhund.Jhundwill be jointly produced by Bhushan Kumar, Krishan Kumar, Raaj Hiremath, Savita Raj Hiremath and Nagraj Manjule.

Amitabh Bachchan's upcoming projects include Ayan Mukerji's Brahmastra, co-starring Alia Bhatt and Ranbir Kapoor and the remake of the Hollywood film The Intern, along with Deepika Padukone. Earlier, late actor Rishi Kapoor was to star in the film. He was last seen in Chehre, alongside Emraan Hashmi and Rhea Chakraborty. He was also seen hosting the 13th season of the TV quiz show Kaun Banega Crorepati.