Amitabh Bachchan Will Make A "Comeback" In Theatres With Jhund, Releasing On... 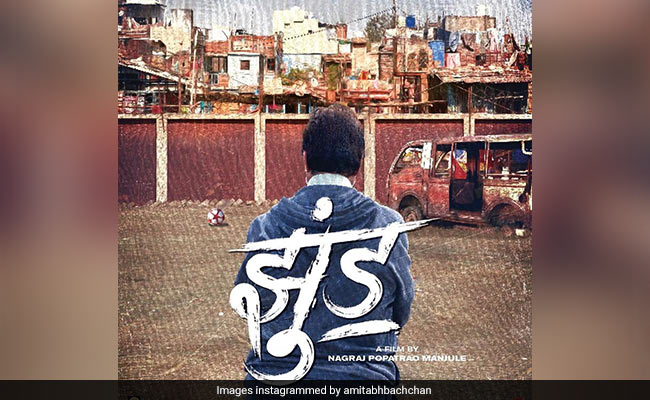 Amitabh Bachchan on a poster of Jhund (courtesy amitabhbachchan )

Amitabh Bachchan's Jhund is all set to release in cinemas on June 18, this year. The 78-year-old megastar made the big announcement on social media about his "comeback" in theatres with an interesting Instagram post: "Covid gave us setbacks... but it's comeback time now! We're back in theatres... Jhund releasing June 18," he wrote. The "setback" which Big B mentioned in his post refers to theatres being shut for months because of the pandemic-induced lockdown, during which several films were released on digital platforms, including Amitabh Bachchan's Gulabo Sitabo, which premiered on Amazon Prime. Mr Bachchan was last seen in Gulabo Sitabo whereas his last big screen release was 2019 film Badla, after which he had a special appearance in Telugu movie Sye Raa Narasimha Reddy.

Earlier, Jhund was reportedly being considered for an OTT release, which was postponed over a copyright row. Jhund joins the league of films that were awaiting the green light from the Ministry Of Information And Broadcasting, which finally allowed cinema halls across the country to operate at full capacity from February 1, however, keeping COVID-19 safety protocols in place.

Jhund is directed by critically acclaimed filmmaker Nagraj Manjule, best known for helming National Award-winning Marathi film Sairat. Amitabh Bachchan portrays the role of what appears to be a football coach in the much talked about Jhund. Amitabh Bachchan introduced his character from Jhund with the film's first poster in January last year. The teaser gave us a glimpse of a gang armed with chains, bricks, cricket bats and sticks in their hands with Amitabh Bachchan saying, "Jhund nahi kahiye sir, team kahiye (Call them a team, not a crowd)" in the backdrop.