Jhund Teaser: Amitabh Bachchan Is All Set To Lead The Crowd, Sorry, 'Team'

Jhund marks the Bollywood debut of Nagraj Manjule as a director 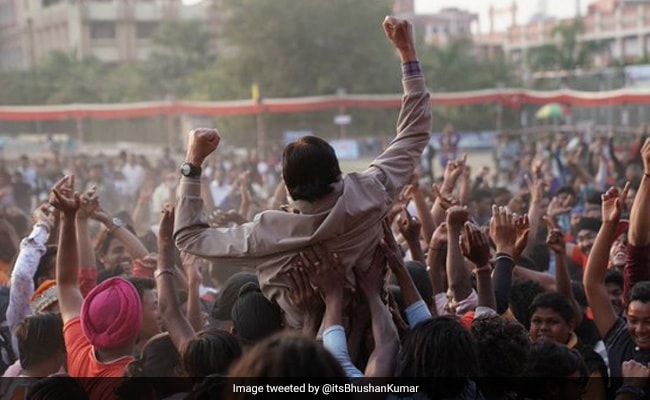 The teaser of Jhund, starring Amitabh Bachchan released on Tuesday and it wouldn't be wrong to say that the makers of the film aroused our curiosity to a different level altogether. The one minute-twelve second teaser gave us a glimpse of a gang armed with chains, bricks, cricket bats and sticks in their hand as Amitabh Bachchan says, "Jhund nahi kahiye sir, team kahiye." (Call them a team, not a crowd) in the backdrop. It will be tough to decipher the film's plot based on the brief video but it surely looks exciting.

On Monday, Big B, who plays the lead role in the film, shared the film's poster on social media.

Bhushan Kumar, who is one of the producers of the film, shared the first look on social media last year. Mr Bachchan, who reportedly plays the role of a professor, can be seen greeting the crowd in the picture. Bhushan Kumar shared the picture wrote: "Amitabh Bachchan leads this Jhund." In his tweet, Bhushan Kumar referred to Nagraj Manjule as a "very talented director."

Nagraj Manjule is the director of Jhund. He is best-known for directing Marathi films such as Pistulya, Fandry and Sairat among others. Jhund will mark Nagraj's debut in Bollywood as a director. The film has been jointly produced by Bhushan Kumar, Krishan Kumar, Raaj Hiremath, Savita Raj Hiremath and Nagraj Manjule.