The Many Moods Of Amitabh Bachchan, Courtesy Chehre, Jhund And Brahmastra 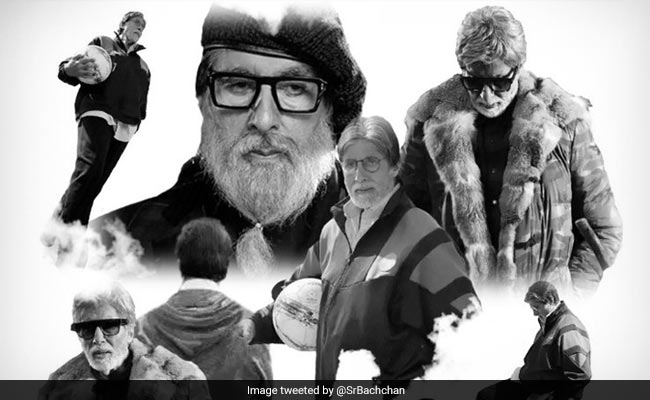 Amitabh Bachchan, 78, is still one of the busiest stars of Bollywood and often shares glimpses of his jam-packed work roster on social media. On Wednesday, Mr Bachchan's "extended family" (as he likes to call his social media followers) woke up to a collage of some of his looks from his upcoming movies, shared with an interesting caption: "Chehre Jhund Brahmastra... hain kuchh aane vaale pal... jald shuru honge kuchh aur, phutenge naariyal (Some moments are yet to come... some more will start soon)," tweeted Mr Bachchan. In fantasy film Brahmastra, Amitabh Bachchan plays the role of Guru Arvind (a representation of Brahma) while in Jhund, Big B has been cast as a football coach. Chehre will witness Mr Bachchan portray the role of an advocate.

Here's how Amitabh Bachchan summed up his upcoming films:

Brahmastra, which is expected to release sometime this year, also stars Ranbir Kapoor, Alia Bhatt, Nagarjuna, Dimple Kapadia and Mouni Roy in key roles. Directed by Ayan Mukerji, it is the first part of an epic trilogy.

Amitabh Bachchan will also be directed by Ajay Devgn for an upcoming movie titled Mayday, which is believed to be a compelling thriller.